QASA: a four-year delay and still we wait 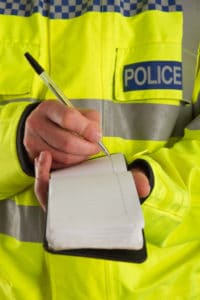 Crime scheme: when will it happen?

More than four years after it was meant to happen, implementation of the much-delayed Quality Assurance Scheme for Advocates (QASA) is still stuck, while the profession awaits the government’s decision on whether it will set up an overlapping panel of defence advocates, Legal Futures can report.

QASA was originally meant to start in December 2011 before it was first delayed, first until April 2012 and then beyond. In July 2013 the Legal Services Board (LSB) approved the final rules needed for the Bar Standards Board (BSB), Solicitors Regulation Authority and CILEx Regulation to get QASA going, and advocate registration did begin before being put on hold.

There was then another substantial delay while the ultimately unsuccessful judicial review of the LSB’s decision went to the Supreme Court, which ruled in June 2015 that QASA was “the only way” to protect all members of the public involved in criminal proceedings “at an upper level”.

But then on 1 October 2015, the Ministry of Justice (MoJ) issued a consultation paper, Preserving and enhancing the quality of criminal advocacy, which among other things proposed a separate quality scheme for publicly funded advocacy. The consultation closed on 27 November but the MoJ has not published the outcome.

The plan for the panel – which would initially focus on Crown Court cases and above – came largely from Sir Bill Jeffrey’s review of criminal advocacy in 2014. The consultation said: “As set out in his report… Sir Bill Jeffrey found widespread disquiet among the judiciary about the quality of advocacy. His view – which the government shares – is that it would be a mistake to dismiss these concerns.”

The consultation paper said the Crown Prosecution Service’s panel might be the model for the defence panel, but did not explain how it would different in substance from QASA, which is broader than the proposed scheme in that it covers all criminal advocacy, however funded, and the lower courts as well.

Despite this, the regulators are waiting for the outcome of the consultation so they can work out how the new panel – if it happens – would fit with QASA.

A Bar Standards Board spokeswoman said: “QASA implementation is on hold pending the outcome of the Ministry of Justice consultation on proposals for a defence panel scheme.”

An MoJ spokesman told Legal Futures: “The government believes that high-quality advocacy is vital to the effective functioning of our criminal justice system. We consulted on ways to preserve and enhance the quality of advocacy, including a proposal to create a panel of publicly funded criminal defence advocates.

“QASA is a quality assurance scheme developed by the independent regulators. It is not for the government to comment on when the scheme should be introduced.

“We will respond to the consultation, confirming the way forward, in due course.”