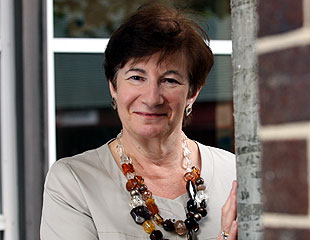 Deech: QASA and price competition are not linked

The prospect of barristers striking over the Quality Assurance Scheme for Advocates (QASA) has moved closer after two more circuits voted to support it.

However, the Bar Standards Board (BSB) has hit back at claims that QASA is linked to price competitive tendering (PCT) as it was not mentioned in yesterday’s government consultation on criminal legal aid reform.

In his weekly update to members of the Criminal Bar Association, chairman Michael Turner QC reported that criminal law barristers on the North Eastern, and Wales and Chester Circuits have voted not to sign up to QASA, while pledging to support the Western and Midland Circuits – where QASA is being rolled out first – by not taking their work if they do not sign up.

The view of the South Eastern Circuit, the largest circuit, is “the last piece of the jigsaw”, he said.

In an email to members shortly before yesterday’s publication of the government’s consultation paper on legal aid reform and particularly PCT, the circuit’s leader, Sarah Forshaw QC, said she was holding off holding the ballot pending “the outcome of rumours that there may yet be room for final tweaking of the QASA scheme” and the consultation.

She wrote: “My own view is that the real enemy of our publicly funded system is the proposed introduction of [PCT]… I fear that an inadequate QASA scheme may be regarded as a convenient and necessary device deployed by the Ministry of Justice to reassure the public that genuine quality of representation is retained, despite a proposed new system of tendering for criminal work driven by cost alone.

“It would be unfortunate indeed if this profession voluntarily signed up to a flawed QASA in those circumstances.” However, she said she wanted to see the Ministry of Justice’s plans first.

Ms Forshaw added: “Come what may, I would like to be in a position to reassure the Midland and Western Circuits that, should they refuse to register for QASA during their slot, those on our Circuit will not take advantage of the staged implementation of the scheme to take over work our colleagues may find themselves prevented from doing.”

The government consultation excludes Crown Court advocacy from the scope of PCT on the ground that the Bar is not “in a position to participate in a process of competitive tendering”.

BSB chair Baroness Ruth Deech said: “The BSB notes with interest that the Ministry of Justice does not propose direct competition for contracting for criminal advocacy.

“I urge barristers, now that it has been confirmed that QASA and price competition are not linked, to engage positively with the scheme. Failure to do so will disadvantage the Bar at a time when the public spotlight will be on the legal services market.

“What remains clear is that quality of advocacy will be a key factor in differentiating the services of barristers in an increasingly competitive market.”

See blog: The case for QASA