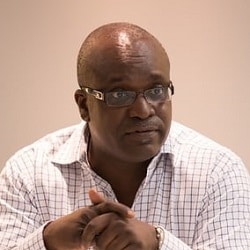 The High Court has told a solicitor who accidentally exercised higher rights of audience without the formal qualification to do so “to put his house in order”.

Mr Justice Mostyn rejected an application for judicial review by Dele Ogun of the Solicitors Regulation Authority’s (SRA) declaration that he was not entitled to exercise higher rights.

Mr Ogun, who first qualified as a barrister in 1985, has been a solicitor since 1995 and a partner at small City firm Akin Palmer. He also runs a firm called Ogun in Nigeria.

Having applied in 2005 for higher rights, Mr Ogun successfully completed the required advocacy assessment with BPP the following year, and received a certificate.

Mostyn J said the solicitor then concluded “that he had been awarded the qualification by an agent of the Law Society, namely BPP”. He did not apply to the pre-SRA Law Society for a certificate to that effect.

Mr Ogun has since “regularly appeared for clients in the higher courts”, but the question of his right to do so was questioned by the opposing party in an arbitration appeal heard in the Commercial Court last year.

Noting the SRA’s costs of £18,000 and Mr Ogun’s own costs of over £36,000 – more than 60 hours of work at his normal hourly charging rate of £350 – Mostyn J said: “I have to say that this litigation appears completely disproportionate when one has in mind that in order to rectify the imperfect situation in which he finds himself, all the claimant had to do was to attend a two-day advocacy course at a cost of about £600 including VAT; fill in a form; pay a fee of £75; and pay the cost of postage to the SRA.

“I have no doubt that the grant of the qualification would have been a formality. Yet the matter has proceeded to this final, expensive trial because the claimant says that to him it is an issue of high principle.”

The judge reached “the clear conclusion” that Mr Ogun’s case was untenable, rejecting his interpretation of the Law Society rules that then applied.

“Following the successful completion of the advocacy course on 25 May 2006, it was incumbent on the claimant to have applied to the Society for the formal grant or award of the qualification,” Mostyn J found.

“But the claimant never did so, and it follows that he has, by virtue of an administrative error on his part – an innocent mistake, it is accepted – been exercising rights of audience in the higher courts for over 12 years without having the formal qualification to do so.

“He now needs to put his house in order by taking the steps I have mentioned above.”

The judge refused permission to appeal and ordered Mr Ogun to pay the SRA’s costs in full.

The solicitors and counsel instructed by the SRA – Capsticks and Daniel Benedyk of 39 Essex – took the case on a fixed fee.

The judge said: “I have to say that that is a very commendable way of proceeding. Indeed, the reasonableness of their charges are to be compared to the hourly charging rate cost referred to in my judgment generated by the claimant of over £36,000.”

Mr Ogun told Legal Futures that the case in question – he acted for Asset Management Corporation of Nigeria in unsuccessfully challenging an arbitration award made against it – was actually the first time he had appeared as an advocate in the High Court.

He said the only reason he decided to conduct the case himself was because he had argued the arbitration hearing, which concerned Nigerian law.

Mr Ogun pointed to the SRA’s failure to produce a copy of version 1 of the guidance notes for solicitors applying for higher rights of audience; the court had to make do with version 2, published in March 2005.

Mostyn J said: “The claimant says I should not assume that his application was made after those notes were published. Unfortunately, version 1 cannot now be located. It is, however, highly likely… that version 1 was in the same terms as version 2.”

Mr Ogun said this meant the case was decided “on an assumption rather than evidence”.

He said his time costs were actually £31,462, “and I spent the time that I did on the matter because the SRA repeatedly changed their case”.