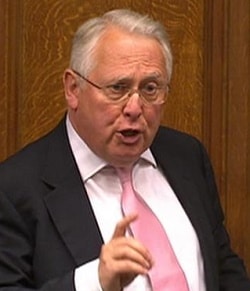 The government review of its legal aid reforms should reflect this summer’s Supreme Court ruling on access to justice as a constitutional right, the justice select committee said.

It has also highlighted the merits of investing in early legal advice, even though the government recently pushed back on the notion.

In a letter to justice secretary David Lidington on the LASPO review, committee chairman and Conservative MP Bob Neill said the Supreme Court’s ruling that struck down the introduction of employment tribunal fees had emphasised that the right of access to justice was “deeply embedded” in constitutional law “and that the constitutional right of access to the courts is inherent in the rule of law”.

He continued: “The Supreme Court also highlighted that, to remain lawful, a financial impediment to the right of access to justice (in that particular instance, the imposition of employment tribunal fees) must be reasonably affordable to households on low to middle incomes; this consideration may well be relevant to the assessment of the LASPO reforms to means-testing for civil legal aid, for example.”

Speaking at a committee hearing on employment tribunal fees this week, justice minister Dominic Raab said the government would not “shrink or shy away from [the] stark findings” of the Supreme Court on access to justice.

“We will make sure they are taken fully on board both for employment tribunal policy and more broadly.”

Mr Neill said the committee appreciated the challenges of conducting a “robust cost benefit analysis” to determine whether the reforms in part 1 of LASPO had delivered value for money, but would “argue strongly” against allowing this to deter the government from attempting the task.

He said the recent Bach Commission report on access to justice included an analysis of the cost implications and potential savings of its own proposals.

Mr Neill said the appendix to the Bach report identified a stream of studies, primarily from the advice sector, “which point toward the conclusion that an investment in legal aid, and particularly early legal help, results in significant savings in other areas”.

But in a debate in Parliament earlier this month, Mr Raab said the evidence did not back up the assertion that increasing funding for early legal advice would both help solve some legal problems and save taxpayers’ money.

Also in the letter, Mr Neill said confidence in the LASPO review would be increased by the appointment of a steering group “drawn from a wide range of external stakeholders”.

He went on: “This group should be tasked with overseeing the review process and providing a measure of independence – including with regard to any conclusions and recommendations that the review might make.

The MoJ also plans to review part 2 of LASPO – implementing the Jackson reforms – to the same timetable as part 1. Mr Neill asked to be kept informed on this.

He said the committee was particularly interested in the review of section 44 of LASPO, which has continued the recoverability of additional liabilities for mesothelioma claims.