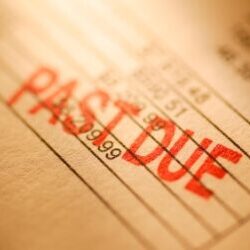 Debts: Good news for secured creditors, but not unsecured

The prospects of unsecured creditors of Pure Legal recovering any of the £23m they are owed have dimmed significantly in the first six months of its administration.

A progress report from the joint administrators at Kroll said it now expected there would be “insufficient realisations” from Pure’s work in progress to pay anything to unsecured creditors other than by virtue of the prescribed part.

This is the portion of funds available to unsecured creditors realised from assets subject to floating charges; it is a maximum of £800,000.

Regulated law firm Pure Legal was the principal trading entity of the Pure claims group, eight of whose constituent businesses went into administration last November, putting more than 200 people out of work.

In its initial report the same month, Kroll said it anticipated there would be a distribution to unsecured creditors but could not say how much.

Pure’s secured creditors – Perspective, owed £6.1m, and Novitas, owed £1.8m – would likely be repaid in full, the progress report confirmed, but it was not yet clear whether there would be enough to repay in full the £4.6m borrowed under the Coronavirus business interruption loan scheme.

The statement of affairs produced by Pure’s directors when Kroll was appointed estimated the realisable value of the company’s work in progress at £30m. It had more than 20,000 cases on the books at the time.

Kroll said it had since formed the view that recoveries “may be significantly lower” than this – although it remained a “very fluid” situation.

The report explained that this was primarily due to concerns about the suitability of after-the-event insurance products placed by one of the group companies, Pure Claims Support Services (which is also in administration).

In many cases, Kroll said, the insurance was “inadequate to cover the claimant’s legal costs and exposure to adverse legal costs should their claim fail”.

As a result, the law firms on the Recovery First panel that took on the cases from the administrators were “unable to advise clients to pursue their claim where the client may be personally liable for paying the defendant’s legal costs, which are often significant”.

In the first six months of the administration, Kroll recovered around £215,000 from settled cases.

In 2021, Pure sold specialist injury firm Pryers to Switalskis and the report said Pure was due to receive £1m of deferred consideration on 1 April 2022, subject to the firm’s financial performance in the first year.

But these targets have not been met and so the money not paid. “The joint administrators, in conjunction with their legal advisors, are in correspondence with the purchaser of Pryers Solicitors to obtain further information in respect of the completion account with a view to maximising recoveries for the company.”

Kroll said it was pursuing “several lines of enquiry” as it investigated the company’s affairs but would not say any more due to the “sensitivity” of the claims.

Its own fee estimate has also increased significantly since last November, from £1.3m to £2.3m.