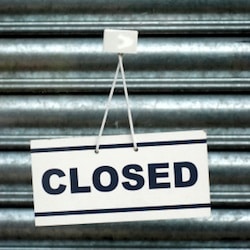 Pure administration: Too many barriers to trading through

Two of the Pure Business Group’s main lenders placed the company into administration earlier this month – and they are likely to receive the £6.4m they are owed – it has emerged.

Regulated law firm Pure Legal was the principal trading entity of the claims group, eight of whose constituent businesses were put into administration, and has a book value of £56m, according to the newly published report of joint administrators Kroll.

The other secured lender is Perspective Investment Fund, which since 2017 had advanced Pure £6.1m. All three secured lenders should be repaid in full, Kroll said.

The administrators reported that, in May, Novitas and Close issued reservation of rights letter in respect of breaches of their facilities.

In June, Novitas instructed Kroll to conduct a material outsourcing report and also monitor the response to alleged breaches of the service level agreement between Novitas and Pure Claims Support Services, the company that vetted claims and then managed funding and insurance for them.

This led on 14 and 15 October to formal demands for repayment of £6.4m. On 20 October, with the demands unsatisfied, Novitas and Close applied to put the companies into administration.

The order was made on 2 November – putting more than 200 staff out of work – after Pure’s efforts to secure other funding to pay off the debts failed. It opposed the administration.

The report said Perspective was initially opposed too but by the time of the court hearing “no longer contended that the joint administrators’ strategy was flawed”.

Kroll said it had considered whether to allow Pure to trade in administration whilst a purchaser was sought, but identified “substantial barriers” to doing so.

These focused on the risks that the dual qualified solicitor and insolvency practitioner who would have had to lead the administration would have faced. There would also be a lack of funding.

As at 30 June, Pure Legal was managing over 28,000 cases in its own name and a further 2,657 through an external panel of agency solicitors, which will continue to handle those claims.

The other cases have been distributed through Recovery First, which aims to protect 100% of the recoverable value of work in progress, save for its fee, calculated “broadly” as 15% of what is realised.

Pure Legal’s work in progress has a book value of £46m and Kroll expects to realise around £30m. There are also disbursements worth £8.7m.

As well as the secured creditors, there are two preferential creditors – staff owed around £11,000 and HM Revenue & Customs, owed £675,000 – while known secured creditors are owed £10.8m, £8.4m of which relate to intercompany loans.

Kroll said it anticipated there would be a distribution to unsecured creditors but could not yet say how much.

It appears that not all the group companies will fare so well, however. For example, Pure Business Group, the holding company, owes over £3m to preferential creditors, mainly HM Revenue & Customs, plus £1m to unsecured creditors, and Kroll said it did not currently look like it would be able to pay a dividend to them.

Kroll’s own fees for the administration are expected to be around £1.3m, with various other costs, mainly legal fees for Leonard Curtis and DLA Piper, set to be about £678,000.

Only Pure Legal Costs Consultants and the other regulated law firm in the group, Pure Advocacy and Litigation, were not part of the administration and they continue to trade.