Pupillage deadline “should be extended or scrapped” amid Covid-19 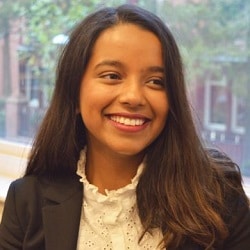 A young barrister who runs a blog about mental health among lawyers has called for the five-year deadline for would-be barristers to get pupillages to be extended for a year or scrapped completely, with chambers scrapping recruitment this year because of Covid-19.

In a blog that sparked a lot of discussion on social media, Malvika Jaganmohan, based at St Ives Chambers in Birmingham, said there was currently “little to no support” for pupillage candidates in managing their mental health.

“There is plenty of support around crafting paper applications and honing interview technique, but many pupillage applicants are woefully unprepared for the shock of failure.

“I could tell you a whole load of relatively useless information that I learned on the BPTC [Bar professional training course] about the Civil Procedure Rules which I will probably never use again in my practice as a family barrister.

“I can’t say that any time was spent during the BPTC teaching me about how to build emotional resilience (a skill that, pupillage applications aside, is always useful!)”.

In her latest Stiff Upper Lip blog, Ms Jaganmohan said one of the problems facing pupillage candidates was the five-year limit for finding pupillage after the BPTC course.

“Applying for pupillage is difficult enough without the world being in the grip of a pandemic which has completely transformed our day to day lives. Let’s give pupillage applicants a break.

“As an aside, I’m not convinced of the need for a five-year limit anyway. The BPTC is wildly, shamefully expensive. Pupillage candidates have often made significant financial sacrifices to be able to do the BPTC.

“The prospect of the five years lapsing and that money going to waste is not a pleasant one. The stress of an impending deadline will not be doing prospective pupils or their mental health any favours.”

She said a Bar Council survey found that around 30% of chambers were changing their plans for pupillage starting in 2020 and 2021 as a result of the coronavirus pandemic.

Additional data she had obtained from the Bar Council showed that nine chambers that recruit through the Pupillage Gateway had “cancelled their recruitment processes”, three of which were criminal sets.

Ms Jaganmohan said anecdotal evidence showed that other chambers were considering reducing their intake, but the Bar Council would not have final figures until the end of this month, when offer and acceptance processes on the gateway closed.

Considering what chambers could do to improve the way they handled pupillage applications, she said there was “no excuse for rejecting by silence”.

She went on: “Busy schedules aside, it does not take a great deal to set aside an hour or so to put together a sensitive rejection email and send it out en masse to unsuccessful candidates.

“Applicants should not be waiting around to hear from chambers. They should not be finding out they were unsuccessful on online forums when others get their offers.”

She said chambers should also offer general feedback which could be published on their websites to all candidates, citing the example of 5 Essex Court, which publishes annual reports on its pupil selection process.

There was a need for greater transparency in what chambers were looking for, so that “nebulous comments” such as a candidate doesn’t “fit” were avoided unless chambers explained what a good “fit” looked like.

Ms Jaganmohan said there was a need for “some element of emotional support/skill-building for pupillage candidates” before and after applying.

“This could be offered through the Inns of Court or through BPTC providers. We need to teach applicants how to cope with failure and how to mitigate the impact on their sense of self-worth of not getting pupillage.”

She said candidates should be encouraged to be forthcoming about “any conditions or circumstances which may be relevant to their application”, including mental health problems.

The Wellbeing at the Bar portal can be found here.