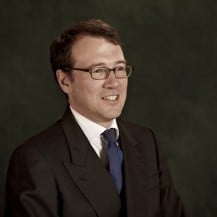 Coburn: Some achievements may gain lustre from their circumstances

The first chambers to use a recruitment system which provides ‘contextual’ information to improve diversity is not “virtue signalling”, the head of its pupillage committee has said.

Michael Coburn QC of commercial set 20 Essex Street said some achievements “may gain lustre from their circumstances” and knowing more about the context of academic results would enable the set to “adjust our assessment of a candidate upwards” where there was outstanding performance.

Mr Coburn said the chambers had been accused of “virtue signalling” or making an “empty show of commitment to a good cause, unaccompanied by anything of substance”.

He went on: “Nothing could be further from the truth. We are trying to do our bit, and there seems nothing wrong in anything that signals to the world that the Bar is continuing to evolve the methods by which it can be made open to all, irrespective of anything but talent.”

The set was the first to adopt a ‘contextual recruitment system’ developed by recruitment company Rare, at the end of last year. Nearly 50 law firms use the system, including Clifford Chance, Linklaters, Allen & Overy and Baker McKenzie.

Writing in Counsel magazine, Mr Coburn said the problem was how to take account of academic results.

“Is it a straightforward matter of looking at the grades, or is a more nuanced approach required? What do you do if candidate A has the better grades, but you have a suspicion that, if background circumstances were factored in, candidate B’s grades might actually represent the more impressive achievement?”

The QC said Rare used data, algorithms and a short questionnaire filled in by the candidate to generate a report.

“The recruiter gets told, in quantified terms, how a candidate’s academic results measure up against those of their contemporaries at the same institution – the candidate’s ‘performance index’.

“Though not decisive, it seems obviously relevant to know whether and if so to what extent a candidate has significantly outperformed others at the same place. In this way, instinct is replaced by hard data.”

Mr Coburn said the data included A-level results at schools, and law and history degree results from universities, and used ‘red flags’ to indicate different types of adversity a candidate may have faced.

“It is up to the individual recruiter to decide precisely how it uses the information which the system provides. We are in the early stages of this experiment, and may tinker with the details.

“But basically we are likely to adjust our assessment of a candidate upwards where the candidate has achieved a particular level of outperformance, and likely to pay closer attention to some ‘red flag’ candidates.”

Responding to the argument that appointments should be made purely on merit, Mr Coburn said: “This is not an experiment in positive discrimination, and we recognise the statistical reality that a highly selective academic institution (whether in the state or private sector) may well generate a relatively large number of objectively excellent candidates.

“The basic point is simply that some achievements may gain lustre from their circumstances. If you want accurately to assess how impressive a 100-metres time is, you need to know the strength of the headwind.”

Mr Coburn added that it was “too early” to give a “definitive view” on the effectiveness of the new system, or whether there were “indirect benefits” in terms of client perception, but it was certainly “worth a try, as one piece of a bigger jigsaw”.