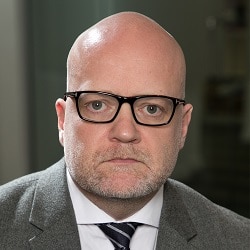 Hamilton: Profession seems to value some areas of work more than others

Solicitors and barristers should publish data on which advocates are instructed in certain criminal cases as a way to counter the “gender brief gap”, a QC has suggested.

Criminal law specialist Jaime Hamilton QC, deputy head of Manchester set 9 St John Street, said that since he was appointed silk last year and had been instructed on cases involving what are seen as more serious crimes, the issue of gender bias in briefing had hit home.

In the six trials he has been involved in over the past 18 months or so, just eight of the 66 counsel were women – and none were QCs. Meanwhile, in his upcoming cases, there are just two female advocates out of 58 counsel, one prosecuting a sex case and one who is the prosecution junior in a baby shaking case.

Writing on his blog, he said: “Before becoming a QC, a significant proportion of the work I did were sex cases. My diary also contained serious violence, fraud and drugs but I was not someone who went from one ‘big’ multi-handed trial to another…

“The legal profession seems to value some areas of work more than others, that the diary of ‘paper heavy’ fraud trial is seen as being better than back-to-back sex trials. It would appear that we have forgotten that complexity is not only measured by page count and ELH [estimated length of hearing].

“Now I am a QC, my work has changed. And it is that first 12 months of being in silk which has really brought something home to me – there is a gender brief gap. Men are disproportionately briefed in the ‘serious’ cases that involve murder, guns, drugs and fraud.”

Mr Hamilton dismissed as potential reasons for this the higher attrition rate of female barristers, their numbers and their capability.

He went on: “In general terms it is clearly a problem that can correctly be labeled sexism. That sexism may be the attitudes of others (clients wanting a male barrister), structural (women are pigeon-holed into sex cases), ingrained (courtrooms packed with men are the norm in these cases) or overt, direct sexism.”

The QC said he was raising the issue in part to hear suggestions about how this issue could be tackeld.

“One thing that occurred to me is that organisations need to be accountable for what happens. We need to be able to see what is going on.

“Whilst this will not make me very popular in professions which are already burdened with administration, is it not time that we required solicitors and barristers to keep and publish data on the instruction of advocates in certain cases?

“It is only by transparency, it is only by us all seeing the problem, will the solution emerge. It is only when we all acknowledge the gender instruction gap, will we begin to close it.”

Responses on social media agreed this was a problem, with several women barristers endorsing his experience that they tended to be funneled towards sex crimes.

Rachel Cooper tweeted: “This is exactly my experience and that of other junior female barristers. It starts early too; meaning that later down the line solicitors will instruct male counsel in ‘heavier’ matters because those barristers have more experience in ‘those’ offences.”

Alex Preston, a criminal defence solicitor at Manchester firm Olliers, tweeted: “It’s not just at the Bar. Male solicitors are more likely to deal with those cases too, and they are more likely to instruct other men, sending the ‘sex cases’ to the women (who are ‘good at client care’). Clerks suggest men in chambers to solicitors. I’m afraid it’s endemic.”

Earlier this year, 33 law firms, from large global practices to sole practitioners, signed up to a monitoring scheme designed to ensure “equitable briefing” of male and female barristers in employment work. It was organised by the Employment Lawyers Association.

The aim was to understand the practices that influence how and which barristers were instructed and how gender might play a part in that. The outcome has not yet been published.