Public uncomfortable with tech firms’ use of court data 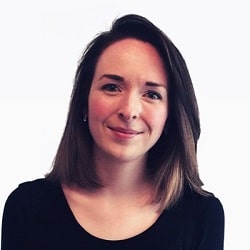 Byrom: We need to build a public mandate to use the data

Less than a fifth (18%) of the public are comfortable with the use of data from the courts by tech companies, a major study has found.

A much higher proportion, 43%, were comfortable with court data being used to predict the outcome of cases and encourage settlement – though the question did not specify who would be using the information.

Ipsos UK polled over 2,100 adults aged 16-75 on behalf of the Legal Education Foundation in an online survey carried out in April this year for the report Justice data matters – building a public mandate for court data use.

They were asked how comfortable or uncomfortable they felt about a variety of potential users accessing court data.

They were most comfortable with HM Courts & Tribunals Service (56%) or the Ministry of Justice (53%) using the information, along with people involved in the case (47%).

After that came academics and universities (36%) and law firms and lawyers not directly involved in the case (32%). Less trusted were insurance companies and charities (26%), credit rating agencies (25%) and tech companies (18%).

Younger people aged 25-34 were the most comfortable with the use of court data by tech companies, with those aged 55-75 the least comfortable.

The pattern was reversed when it came to the HMCTS or the Ministry of Justice using data, with those with those aged 16 to 24 the least comfortable with this.

When it came to how court data was used, a majority of adults were comfortable with its use ‘to help judges make decisions during the court process’ (59%) and ‘to help improve the way courts are run’ (56%).

Half of adults (50%) were also happy for data to be used to ‘help people on lower incomes reach quick resolutions of their disputes’ without the need for ‘lengthy legal proceedings which may be unaffordable’.

A smaller proportion, 43%, were comfortable with data being used to ‘predict the outcome of cases before they come to court’, for example to persuade the two sides to reach a settlement.

When it came to using data being used to ‘understand more about which type of people or which communities are involved in court cases’, such as ethnic minorities or single parents, 38% were comfortable.

This was followed by around a quarter (26%) saying they were happy with data being used to help ‘commercial companies to develop products and services’.

A large majority (80%) of adults said it was important to have “limits and controls on who can use information from court records and how they can use it”, with half of them rating this as ‘very important’.

Introducing the report, Sir Bob Neill MP, chair of the justice select committee, commented: “There is no panacea to the challenges flagged, nor does the report seek to provide one. But by probing public opinions, and lucidly setting out the views received, the research clears a path for all of us with an interest in this field to initiate a far more informed debate on open justice and the future role of lawtech.”

Dr Natalie Byrom, director of research at the Legal Education Foundation, added: “Improving the quality and availability of data has the real potential to increase innovation and deliver a wide range of benefits for the justice system, not least helping to support disadvantaged users and cutting delays and backlogs.

“Yet we know from attempts to share NHS patient data or the reaction to the school exam results algorithm in 2020 that realising the benefits of data requires investing in building a public mandate for its use.”