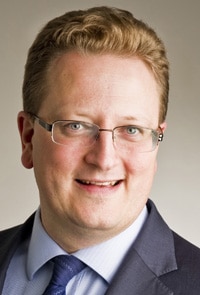 TPP Law Ltd, which is based in central London and Cheshire and has three directors, would have had to become an ABS anyway in time as one of them, Jayne Hughes, is not a lawyer; managing director Mark Johnson said they decided “to start the process early”.

However, he added that he was also looking to the future and the twin challenges facing his and many firms of working capital for expansion and securing market share, an issue particularly acute in the public sector given government spending cuts.

“It provides us with the platform to go looking for external investment and seek collaborations with others to help us with those two challenges,” he explained. He said there have been a couple of preliminary discussions.

Mr Johnson said external investment will be a “game changer” that will see the legal market gradually evolve as new capital flows in, as it has with architects and surveyors. While some lawyers are wary of external capital, he asked: “Why would you not want to do it?”

There is also interest from some of the larger public sector consulting practices in entering the legal market, he continued, and it could be that acquiring a specialist practice such as TPP – which began life in 2001 as The Projects Partnership – is a quicker way for them to start operating profitably.

Mr Johnson added that TPP’s corporate structure made it “much more flexible in terms of issuing and cancelling shares” and is also a “recognisable business format” when it comes to discussions with potential investors or partners.

Mr Johnson said the process of becoming an ABS had taken five months – while it had been “demanding and rigorous”, he found the Solicitors Regulation Authority to be very thorough and professional, and kept the momentum going throughout.