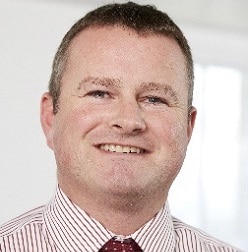 Four in five motorists do not think it is likely that their insurer will cut premiums after saving more than £1bn under the government’s personal injury (PI) reforms, according to a survey commissioned by marketing collective First4Lawyers.

A similar number would not know what to do if the reforms forced them to pursue a PI claim on their own.

In any case, the survey of 2,080 people by YouGov found that a majority of consumers (71%) would rather retain the current levels of compensation for an accident that wasn’t their fault rather than see their insurance premiums go down.

The survey forms part of the First4Lawyers campaign, called #RepairTheRightBody, urging members of the public to tell their MPs that the government’s plans, largely contained in the Civil Liability Bill, are wrong to prioritise repairing cars over repairing people. The bill reaches its report stage in the House of Lords next Tuesday.

Unsurprisingly, the vast majority of those surveyed (82%) had not heard about the reforms, but 78% said they would not know how to bring a claim for damages without legal support.

There was also strong opposition to the new compensation tariff, which will reduce the damages currently paid to those with injuries of up to two years’ duration massively. Only 16% of respondents supported such a cut.

So, asked if they would rather the current situation or £35 off their insurance and less compensation if they suffered a motor accident that was not their fault, a convincing 71% preferred things how they are today. Just under 8 in 10 (79%) felt that the insurers would not pass on the savings they were projected to make.

Andy Kay, director of operations at First4Lawyers, says: “It is not too late for the government to listen. Consumers recognise that the changes it is making will benefit only insurance companies – whose profits are already eye-watering enough – while they lose out at every turn.

“Ministers have their priorities shamefully wrong, to the extent that damaged cars will be much better off than damaged people. This is fundamentally wrong, which is why we are campaigning against the changes.”

As part of its campaign, First4Lawyers has produced an animation to illustrate what it said would be the impact of the reforms.