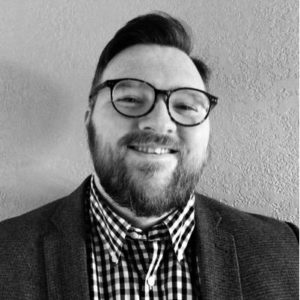 Vaughan: SRA should revisit use of phrase

A lack of guidance on the phrase ‘public interest’ in the context of legal regulation wastes an opportunity to remind corporate lawyers they are “privileged professionals” and not “mere service providers”, according to an academic.

The Solicitors Regulation Authority (SRA) should “revisit” its use of the phrase in its regulation, he urged.

Turning the spotlight on the absence of guidance on what constitutes the public interest, Dr Steven Vaughan of Birmingham Law School – who was co-author of a major recent study of professional ethics and in-house lawyers – pointed out that the Solicitors Handbook mentions the phrase 127 times in its 431 pages.

In a paper published this month, Corporate lawyers and the public interest, Dr Vaughan said he had interviewed 43 corporate and finance lawyers during 2015 and found wide variations in understanding of the meaning of ‘public interest’ for their day-to-day practice.

The lack of “underpinning guidance” of what ‘public interest’ means “devalues its importance and has the potential to make the concept mean both everything and nothing”, said the academic.

He continued that “the lack of clarity and guidance on the ‘public interest’ is concerning as, as a concept, the ‘public interest’ has the potential to remind corporate and finance lawyers that their professional status means that they are something more than mere service providers, and have an important role to play in society”.

Further, “corporate and finance lawyers in practice struggle to articulate what ‘the public interest’ means in the context of the work that they do”.

He said this was both a result of “a lack of clarity on the regulatory side” and a failure on the part of lawyers to reflect on “what they are doing, why they are doing it and the impacts their work can have”.

He also questioned whether the use of ‘public interest’ by both the Legal Services Board and the SRA was in every instance consistent with the 2007 Act: “I would suggest that… the SRA should seriously revisit the question of how it uses the ‘public interest’ in its regulation.

“My hypothesis is that the idea of the ‘public interest’ has a potentially powerful role to play in reminding solicitors, and other regulated lawyers, about the special, privileged place they hold in society as professionals.”

He observed that ‘public interest’ was a common term in legislation and appeared a total of nine times in the Legal Service Act 2007, including that one of the regulatory objectives which binds legal regulators is “protecting and promoting the public interest”, but was at no point defined.

Dr Vaughan described the paper as “in effect, an op-ed piece” which would be “developed into a more robust paper” next year.