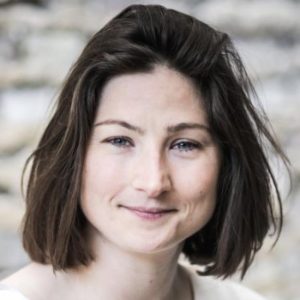 Salasky: important time for law in the US

CrowdJustice, the online funding platform for public interest litigation, has raised $2m (£1.5m) from an investment round to expand its presence in the United States.

As it approached its second anniversary in the UK, CrowdJustice’s founder and chief executive told Legal Futures that it was an important time to be in the US to help give voice to people “between elections”.

Solicitor Julia Salasky said: “It’s a polarised country at the moment and the courts are one of the methods of last resort against measures that half of the population might think of as being unconstitutional or an overstepping of power.”

Ms Salasky, an American and British-educated former associate at Linklaters who worked at the United Nations from 2011-14, and who is now New York based, said that the appetite for CrowdJustice funding – it has been raising money in the US since January – was global and reflected a growing understanding of what the law could achieve.

In the UK, CrowdJustice was active in funding the ‘people’s challenge’ case – Miller and Dos Santos – which sought to establish parliamentary sovereignty over the Brexit process. In two rounds it raised £150,000, pledged by 4,326 people, and then £170,000, pledged by 4,918 people.

Summing up the past two years, Ms Salasky said: “I think when I founded CrowdJustice, I thought the idea would help widen access to justice… [but] that was really a hypothesis more than anything else.

“A lot of people were really sceptical about the idea that communities would come together around legal cases and essentially pay for legal representation; that people would help other people access the legal system.

“In a very exciting way we have proven out this hypothesis, that people do see the law as something that is very powerful and that getting behind individuals, or groups, or non-profits that are taking cases is something that’s worthwhile because it can lead to very concrete outcomes.”

In the US, CrowdJustice has so far raised funds including over $36,000 to challenge Donald Trump’s travel ban in Aziz v Trump – reportedly the first federal case of its kind. It also raised over $50,000 to challenge gerrymandering in Virginia. A drive to raise money to restore voting rights in Florida is ongoing and ends on 29 June.

CrowdJustice has taken on former Obama White House staffer, attorney Kip Wainscott, as its head of legal and external relations, based in San Francisco. Ms Salasky said he was “very familiar with the public law landscape”.

She added: “It’s definitely a very important time to be in the US. There is this real awakening moment, I think, in terms of activism. I think a lot of people want to have a voice in between elections.

“As a parallel to that, there is a real excitement about the role of the courts as a way to stand up for ‘protect and defend rights’ to hold the government to account.”

Among other institutional investors, the latest seed round saw further investment from key figures behind the global online crowdfunding platform JustGiving, which has raised $4.2bn since 2011.

Investors were more keen to establish that CrowdJustice provided a valuable service rather than making a return on their investment, she said: “At the seed stage [the aim is] not to double your money back or something like that.

“Any time you raise money from private investors, ultimately they have to buy into the mission you are doing… essentially on a long-term basis.

“They want it to succeed, and successful to them is that we make this a product that has value for people.

“I wouldn’t call it philanthropic. I think they believe that what CrowdJustice is and does has to exist in the world, and they think it can be sustainable and high impact.”

Ms Salasky said she believed that in future the practice of law would have to mirror the fact that people were increasingly engaging in social activity online: “The law is necessarily going to have to go online and become more social and more shareable for people to really engage with it.”

She continued: “I think the barriers to people accessing the law have to be broken down because the law is such an important social good. The way people interact online now is increasingly social and increasingly based around sharing stories and engaging with political issues on things like social networks and community groups.”

She added that discussion of robots and artificial intelligence replacing lawyers to some extent seemed remote from reality: “The future is not so far off for some of these more tangible ways that people can interact with the law.”