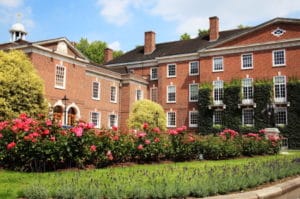 The value of public access work carried out by barristers as a proportion of the profession’s income grew six-fold over just five years, according to new figures seen by Legal Futures.

Andrew Granville Stafford, chair of the Public Access Bar Association, who obtained the figures from the Bar Council, said that half of all barristers were now qualified to provide public access.

Although many derived only a “small proportion” of their earnings from public access, he said a minority of 7% relied on it for three-quarters or more of their income.

“People are coming to realise that they don’t need to go to a solicitor and can go direct to a barrister,” Mr Granville Stafford said. “However, the biggest problem for the public is that for many this is still under the radar. The message is spreading, but not widely enough at the moment.”

Mr Granville Stafford said it was a “matter of personal opinion” whether the Bar Council was doing enough to promote the work of public access barristers to the public.

“Whilst on the one hand you could say the Bar could be doing more, it would have to be paid for by barristers through their subscriptions.”

Mr Granville Stafford said he used the figures for a presentation to a Bar Council meeting earlier this month. He added that he agreed with Attorney General Jeremy Wright, who was present at the meeting, that more MPs should know about public access.

Stephen Ward, managing director of national public access chambers Clerksroom Direct, said it was “bizarre” that while ‘Brand Bar’ was “instantly recognisable and accepted”, so few members of the public knew how to access it.

“Some people are realising that it is easier and cheaper to go straight to a barrister, but most people are still not aware.”

Mr Ward said Clerksroom Direct had represented lay clients in 1,400 final hearings last month, up from around 1,100 in the same month last year.

To help raise the profile of public access, Sam Morgan, public access manager at Clerksroom, appeared in front of a panel of judges on Disruptive Tech TV’s Disruptive Pitch show at the end of last year.

Mr Ward said Clerksoom made it through to runner-up at the finals of the competition, held at the ExCeL centre in London last week.

He said the chambers was selected to be among 10 finalists from 600 businesses that took part. “We are now officially the second most disruptive tech start-up in the UK – not bad for a barrister’s chambers.”

He added that the winner of Disruptive Pitch was The Magic Candy Factory, which ‘prints’ sweets using a 3D printer.

Meanwhile, the Bar Standards Board (BSB) last week completed its review of public access and said that most public access barristers were providing “a valuable service to their clients”.

However, it identified three issues that the regulator should address to improve the scheme: the barriers that are making some consumers unable or unwilling to access a public access provider, such as how fees are calculated; some barristers and clerks not having enough support or may be inadequately prepared to manage public access work; and some public access barristers providing a poor client service.

It also announced that it is considering imposing the cab-rank rule on public access cases.

The BSB said evidence suggested that the number of potential cases declined by public access barristers was “not disproportionate” and cases were “largely declined for very good reasons”.

The regulator accepted that applying the rule could “create a barrier to access, in that barristers may become less inclined to undertake public access work”.

However, the BSB decided that it should “assess from first principles” whether the cab-rank rule should apply to public access work, given the “significant implications” for access to justice.

Among the review’s other recommendations on public access were fresh guidance for barristers, clerks and lay clients; considering whether to make providing the guidance to lay clients mandatory; new guidance on litigation to improve the understanding of barristers and clerks as to what the term means, and rewriting the rules in a more “outcome-focused” manner.