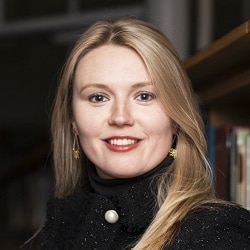 There should be a 50% target of women in all chambers, along with an independent office that is responsible for furthering equality and diversity at the Bar, a campaigner has argued.

Dr Proudman stirred a major debate on sexism in 2015 after posting on Twitter a comment she received on LinkedIn when a male City solicitor accepted her invitation to connect and noted her “stunning” profile photo.

Since then the barrister – who practises family law from Goldsmiths Chambers in London, specialising in cases of gender-based violence, and is also a junior research fellow in human rights at Queens’ College, Cambridge – has spoken out regularly on gender equality at the Bar.

Referring to research last week [1] that found 62% of female lawyers in the UK had been bullied and 38% suffered sexual harassment, she wrote in The Guardian: “Sexism is part and parcel of the institutional fabric of the legal profession…

“Valuable time and money spent on this latest research could have been better spent on formulating radical measures to end harassment rather than another survey that merely confirms the existing problem.”

Calling for a “radical, structural overhaul of the Bar”, she said there should be a 50% target of women in all chambers.

“Men make up 85% of QCs and 72% of the judiciary. Women remain disempowered from shaping the very laws that impact upon their lives.

“A healthy democracy requires that our legal profession represents our diverse society rather than a niche demographic of white, upper-class men. Gender parity can also have a positive influence on workplace culture and even reduce sexual harassment.”

Dr Proudman continued: “One of these targets would be to address the gender pay gap, a taboo subject in much of the legal profession. I have seen endless examples of male barristers charging double or even triple that of a woman with the same experience for the same case.”

Other changes could be fixed court times to ensure that caregivers have a consistent schedule and time to complete paperwork after court, and a rent rebate from chambers for barristers during parental leave.

She noted how few complaints of sexual harassment the Bar Standards Board received, and said that, even then “discipline is tantamount to a slap on the wrist”.

Citing the recent case [2] of a senior male barrister reprimanded and fined £3,000 for engaging in “unwanted sexual conduct” towards a woman, Dr Proudman said tough sanctions for findings of sexual harassment would encourage women to make complaints and discourage men from engaging in such conduct in the first place.

“The perpetrator ought to be suspended from the profession, while undertaking an intensive training programme on gender-based violence, paid for by them.

“Once a report from an independent expert shows a change in attitude and behaviour of the perpetrator, they could be reinstated.

“Barristers are entrusted with bringing perpetrators of sexual abuse to justice, while also engaging in the same reprehensible conduct. The hypocrisy and potential conflict of interest appears lost on the Bar’s regulatory body.

“When barristers hold misogynistic views, it is no wonder that they throw around gender stereotypes in court and readily blame women and girls for their own rape. Indeed, a QC was reprimanded [3] after implying a victim was responsible for sexual assault by her stepfather.” This decision was upheld on appeal [4].