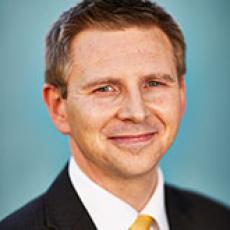 The possibility of negative interest rates moved a step closer yesterday amid continuing uncertainty over whether law firms could pass on to clients the cost of holding their money.

The minutes of the Bank of England’s February monetary policy committee meeting said that, while it did not wish to send any signal that it intended to set a negative rate at some point in the future, “on balance, it concluded overall that it would be appropriate to start the preparations to provide the capability to do so if necessary in the future”.

As a result, it is asking the Prudential Regulation Authority to engage with banks and others in its regulated community to ensure they start preparing to implement a negative rate at any point after six months.

In November, we reported that Ian Johnson, chair of the Institute of Legal Finance & Management, was urging law firms to change their retainers now so they could charge clients for holding their money, given the “possibility, if not likelihood” of negative interest rates.

He predicted that the Solicitors Regulation Authority (SRA) would let firms recharge any cost of having client accounts, but SRA policy officer Jatinder Loyal then cast doubt on that.

Speaking the following week, Mr Loyal said he would “probably say no” to whether the SRA would allow this – although no decision has been made.

“It’s not in the client’s interest to pick up the cost of the economy,” he said, adding that the SRA would issue guidance if necessary.

Andy Poole, legal sector partner at accountants Armstrong Watson, told Legal Futures that the SRA accounts rules had not been drafted with this possibility in mind.

It appeared from rule 7.1 of the SRA accounts rules – which deals with accounting to clients for interest received on their money – “that law firms will struggle to apply blanket charges for holding client money”, he said.

However, rule 7.2 allows a firm to come to a different arrangement with individual clients.

Mr Poole said: “The law firm would need to provide sufficient information for the client to make an informed decision on whether to agree to re-imburse the law firm for interest costs the law firm incurs for holding their money on their behalf, and any agreement would need to be in writing.

“This will create additional work for law firms, who will need to consider commercially and strategically whether they want to take such steps.”

Mr Poole added it was “not absolutely clear” how such charges would work from a VAT perspective.

An alternative may be a third-party managed account, he went on. Though their take-up has been low, despite being explicitly allowed by the SRA and Council for Licensed Conveyancers, he suggested they could become more attractive if negative interest rates were introduced.

There would still be a cost that needs to be paid to the TPMA provider and firms would have the same dilemma about whether to pass it on.

“In this case, rules 7.1 and 7.2 would not apply and firms would only be left with the headline rates for the particular service to amend should they wish to.”