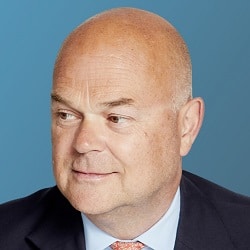 The Solicitors Disciplinary Tribunal (SDT) has stayed proceedings against an Allen & Overy partner over the infamous non-disclosure agreement (NDA) he helped negotiate on behalf of Harvey Weinstein, because of ill-health.

It found that continuing the proceedings against Mark Mansell was a risk to his life.

However, the SDT rejected Mr Mansell’s application to dismiss the allegations against him, finding there was a case to answer. It also rejected his claim that the prosecution was politically motivated.

The tribunal expressed unease as well that the solicitor was still practising despite not being fit to stand trial.

Medical experts instructed by both parties substantially agreed that continuing the proceedings, and in particular a trial, represented a significant risk to Mr Mansell’s life. Though the Solicitors Regulation Authority (SRA) opposed a stay, the SDT concluded that a fair trial was not possible.

Mr Mansell and the SRA have agreed to accept the decision and withdraw their challenges to it.

In 1998, Zelda Perkins, who worked at Weinstein’s film company Miramax, and one other woman who alleged she had been sexually assaulted by the disgraced film producer, settled a claim for £250,000 and signed the NDA. Allen & Overy acted for Miramax and Weinstein. Ms Perkins alleges that they were pressured into signing.

The SRA’s argument was that, in the context of a serious allegation of sexual assault, a solicitor acting for an employer was guilty of misconduct because the NDA, on the SRA’s interpretation, purported to restrict the women’s ability to report the alleged crime to the police, co-operate fully with criminal proceedings and obtain medical treatment.

Mr Mansell’s position was that, properly construed, the agreement did not prevent any of this.

The SDT said that, on an application for summary dismissal, it had to consider whether the SRA’s case at its highest – that Mr Mansell knew or suspected that the NDA was improper – was “reasonably tenable”. It did not have to decide which side had the correct construction of the NDA.

The SDT ruled that Mr Mansell had not demonstrated that “a tribunal, properly directed, would be unable to find that the respondent had breached his professional duties as alleged”.

The SDT also rejected Mr Mansell’s arguments other than ill-health that a fair trial was not possible, including that the prosecution was politically motivated.

His QC, Tim Dutton, told the SDT that the SRA investigation ramped up after Parliament’s women and equalities committee – which took evidence from Ms Perkins – probed the SRA’s work on NDAs and interviewed chief executive Paul Philip.

He argued that there was “a high degree of correlation” between the committee’s involvement and the way in which the investigation was conducted.

The SDT found no evidence that the proceedings were improperly motivated and that the allegations had not been brought on the merits.

The tribunal said it was “of concern” that Mr Mansell continued to practise but could not appear before it over any allegations of misconduct.

“The tribunal considered that such a position was unsatisfactory; a solicitor in practise should be subject to the entirety of the regulatory regime including, where appropriate, proceedings before the tribunal.

“However unsatisfactory the position was, it did not mean that the continuation of the proceedings notwithstanding the respondent’s medical condition was a fair outcome.”

A statement from Russell-Cooke, Mr Mansell’s solicitors, pointed out that he was “a senior and highly respected solicitor with an unblemished 30-year professional career”.

It said: “Our client is and remains of the view that the proceedings are misconceived and should never have been brought.”