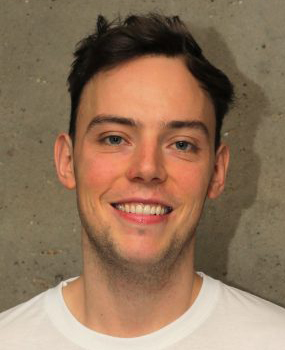 A proptech pioneer aiming to create a data-driven escrow service for conveyancers is exploring the use of blockchain security and is considering white labelling its product when it launches early next year.

Mr Chesterman is also an investor in the Farewill online wills service.

Thirdfort, which has a licence pending from the Financial Conduct Authority, provides a third-party managed account, enabling the outsourcing of risks associated with handling client funds, underwritten by insurance from Aon.

Its website said it was backed by the Land Registry, had an approach “supported by major UK mortgage lenders”, and undertook “advanced digital ‘know your client’ on all parties”.

It pitched to lawyers: “Eliminate the back and forth in payment authorisations and fretting over money going to the wrong place. Full visibility, tailored permissions and e-signing significantly reduce administration”.

Since then, it was chosen to work with the Land Registry in the Geovation hub’s proptech programme.

Mr Thornton-Berry told Legal Futures that he hoped to launch in the first quarter of next year.

He said the business was “in the early stages of exploring use of distributed ledger technology to share identity, payment details and source of funds data to add control, transparency and security to the onboarding and transfer of funds processes”.

Thirdfort expected to white label the product so law firms could integrate it into their offering. But it had yet “to firm up whether we white label or make this an option”.

He said his company’s ultimate ambition was to speed up the conveyancing process, adding: “Initially we would like to be able to do this by reducing much of the manual work in verifying identity and source of funds of individuals, then look to address other repetitive, cumbersome processes that could be made more secure, streamlined and transparent with tech.”

Mr Thornton-Berry said it was “hard to say at this stage” whether mortgage lenders might eventually insist on Thirdfort being used by conveyancers, but he added: “It seems unlikely they will mandate one particular solution provider.”

Separately, magic circle firm Linklaters and the International Swaps and Derivatives Association (ISDA) have launched the beta version of a new online tool that will allow financial firms to deal with new regulatory requirements.

Doug Donahue, Linklaters derivatives partner, said: “The development and launch of this tool is a critical step for our industry as we all look to leverage efficiencies enabled by technology.

“Bringing together an unprecedented amount of industry input from the most active sell-side and buy-side participants in the market, we have built something that really is driven by their needs.”