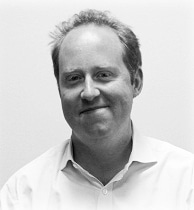 In the first of a new series tracking the experience of the new breed of alternative business structures (ABSs), we profile Crabtree Law, which was the first in-house team to become a standalone law firm

Crabtree Law was spun out of a property management company and in less than two years it has undergone rapid expansion, with plans afoot to move into fresh areas of legal services, including conveyancing and possibly commercial property.

London-based Crabtree Property Management, which has 17,000 units across the south of England within its portfolio, obtained its licence in August 2012. At the time, the only other ABS licensed to a non-lawyer business was The Co-operative. It was also the first example of a company turning a cost centre (its in-house legal department) into a profit centre.

The business has since expanded from one solicitor and one support staff to three solicitors and 11 staff altogether, organised into three teams. It has three trainee solicitors and is negotiating a lease on larger premises in Finchley, north London.

Mr Naylor, who qualified in 2001, told Legal Futures that having the ABS licence has been “brilliant” and the business was “pretty profitable”.

The ABS has moved into debt recovery, such as service charge arrears, and has a thriving practice dealing with leasehold reform matters, such as leasehold extensions and enfranchisements, as well as more general property litigation.

In the third quarter of 2014 it aims to launch a conveyancing department, said Mr Naylor. In the future, he predicted, the ABS might attempt to move into commercial property work.

The potential for referrals from Crabtree was valuable, he said. “My corporate partner is an established business with a lot of business experience, which has helped a fledgling law firm.”

The ABS has not depended on Crabtree for its growth, however. “We have a lot of outside clients. By no means do we rely on referrals from our corporate partner.” But he agreed it was “a very handy thing to have a corporate partner”.

The firm has a “sophisticated” Google AdWord SEO – search engine optimisation – campaign which he said generated “an average of one enquiry a day”, a “reasonable proportion” of which converted.

Mr Naylor said he was “surprised” that ABS had not had a greater take up. The structure was especially suited to the residential property sector. He recommended more corporate entities explored ABS. “You can be turning an expense into potentially a profit. I can’t think of many areas of business where that wouldn’t be helpful.”

The fact the firm was linked to Crabtree had had little impact on obtaining external clients, he reported. The only group unlikely to give the ABS work were Crabtree’s competitors, but apart from the managing agents sector, “it has not caused us any problems at all”.

The firm was “very transparent” about the Crabtree connection in all its communications and its case management system and other processes were “robust” in ensuring there were no conflict or compliance issues, he added.