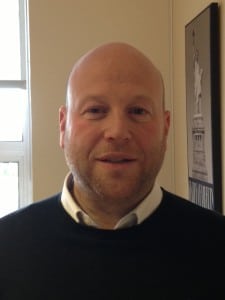 A property management firm specialising in residential blocks of flats has turned itself into an alternative business structure, in what is understood to be first move of its kind.

Matthew Young, director of Integrity Property Management, said the firm wanted to be able to advise individuals as well as management companies or developers.

“At the moment we’re a property management company with a legal capacity,” Mr Young said. “In 10 years’ time, it is likely to be the other way round.”

The firm currently manages around 60 blocks of flats, mainly in the south-east of England from its offices in Watford. Its legal team, led by fellow director Shmuli Simon, is based in Manchester.

Mr Simon is head of legal practice at the ABS and Mr Young the head of finance and administration. The firm’s licence from the Solicitors Regulation Authority (SRA) became effective at the weekend.

Mr Young set up the business in 2005, after 18 years as a City trader and having become frustrated by the service provided by managing agents when he was a leaseholder.

Later he bought the freehold of a block of flats and became even more “fed up”. He said Integrity started providing legal services four years ago.

“Being a law firm gives us greater respectability and makes it easier to charge for our services. It also dawned on me that 90% of what we actually do is law, whether it’s demanding service charges, consulting on major works or requesting licences for alterations.

“We discover more difficulties than we could ever imagine. By having lawyers doing the work, we can make sure it is done properly.”

Mr Simon said the firm was a multi-disciplinary practice, but could draw a clear distinction between management and legal services.

“We have a team of property managers for our buildings. As and when issues arise that fall outside day-to-day management, they are passed over to the legal services department. They could involve flat sales, consents, service charges and arrears.

“Problems we discover as lawyers, we wouldn’t find as property managers. Problems with leases, permissions and licences for alterations. The kind of things we come up with hasn’t failed to amaze me.”

Mr Simon said the firm specialised in Section 24 management, where a tribunal determines that a landlord is not able to manage property and strips it of its property rights.

He said both he and Mr Young were qualified to act as managers on behalf of the tribunal.

Mr Young referred to Crabtree Property Management, which turned its in-house legal department into an ABS, Crabtree Law, as long ago as 2012.

“Crabtree has set up a law firm that sits side by side with them, and does their property work, but nobody has turned a property management business into a firm of solicitors.”