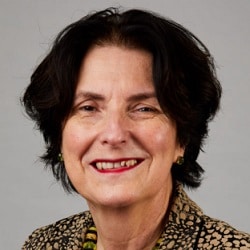 Hildebrandt: The mantra of efficiency is itself a problem

Law societies and Bar associations should draw up a set of principles for software developers and the lawyers who use their products to guarantee access to justice and prevent the spread of costly tech that surreptitiously changes the course of the law, according to the head of a team of experts in both law and technology.

She also suggested judges and courts might adopt standards to penetrate marketing language designed to obscure the true purpose behind legal tech products.

Professional codes of conduct could give teeth to these standards.

The call came as the group urgently builds vocabularies that enable lawyers to understand enough about cryptographic law – such as smart contracts based on blockchain – from a computer scientist’s point of view, and vice versa.

Their concern is that familiar legal norms which protect ordinary people will not be safeguarded when online technologies, developed by the two, automatically form the foundation for mainstream contracts and the justice system.

The project, known as CoHuBiCoL (Counting as a Human Being in the Era of Computational Law), is led by Free University Brussels academic and Dutch lawyer Mireille Hildebrandt, who also has a chair at a computer science department at Radboud University in the Netherlands.

Ending in 2024, it has a team of lawyers and computer scientists who will focus on data-driven law (machine learning-based artificial intelligence) and code-driven law (such as blockchain technologies).

The aim is to produce an interpretation of “computational law on the cusp of law and computer science” which preserves the protections created by traditional law over centuries before new technologies can obscure these improvements.

Professor Hildebrandt told Legal Futures that legal tech guidelines should include the pre-registration of research designs, and details of what types of machine learning and performance metrics they would use to measure success, peer review and “openness to adversarial testing”.

More fundamentally, she said, Bar associations should reconsider the relationship between the role of law in constitutional democracies in the legal services industry, “legal practice as a profession and legal practice as a business model”, and how legal judgement fitted with algorithmic decision-making or support.

She went on: “An efficient lawyer may be a lawyer who gets as rich as possible in as short a time as possible, by having software that is as precise as possible in advising what clients to refuse or ignore and what strategies to develop for the more lucrative clients…

“At the level of the law firm, this could indeed mean how to run the business of offering legal services with [as few lawyers as possible].”

Professor Hildebrandt concluded: “The mantra of efficiency is itself a problem. The law should serve all those subject to it.”