“Profound revolution” in the courts will herald online criminal cases 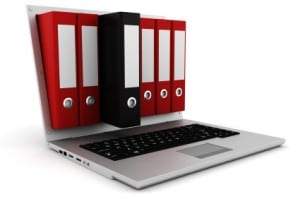 The court system is on the verge of a “profound revolution” as technology sweeps away the old way of conducting litigation of all types, Sir Brian Leveson said yesterday, including dealing with lower-level criminal cases entirely online.

He said that “justice will soon look and feel very different and it is vital that it does. We simply cannot carry on cost-cutting, salami slicing our approach, trying to do the same thing for less money, and it will be far better as a result”.

Delivering the keynote address to the Modernising Justice conference in London, the President of the Queen’s Bench Division said a lack of sufficient investment to date meant “we have remained rooted in many of the working practices that would be wholly recognisable to judges and court staff from four decades ago; perhaps, albeit with parchment and quill, 300 years ago”.

“We simply cannot go on with this utterly outmoded way of working and it is about to disappear. Endlessly re-keying in the same information; repeatedly printing and photocopying the same documents; moving files about, losing all or parts of them in the process as new material is not linked to the correct file; finding ourselves unable to move judges and courts because we need to transfer the documents which are all in wrong place.

“We watch many of our staff transferring bundles from courtrooms to chambers, from chambers to back offices, from back offices to archive warehouses. It is a heavy handed, duplicative, inefficient and costly way of doing our work and it is all about to go.”

The announcement last year of a £700m+ investment in the courts over the next five years means that a system will be designed which enables every case in each jurisdiction to be initiated, progressed and case-managed online, with all the papers being served or made available in electronic format.

“It is so easy to deliver that neat little sentence and it is in danger of slipping by unnoticed, but in truth it reveals a profound revolution.

“Cases will all be managed on computer. Information will only be keyed in once, whether by a police officer in a criminal case or by a legal executive or a litigant in person in other jurisdictions. It will then be passed down the line in digital format, being bundled and stored electronically.”

Next month, in Southwark and Leeds Crown Court centres, the first judges and advocates will be using the new digital case file. In the Rolls Building this week, the first civil cases are being initiated online.

“In its final state this will enable the parties to launch cases online, pay fees online, cases will be managed and listed online, and the documents will be delivered electronically and they will be available to the judges in this way. We hope that the rollout of this will be complete by October 2015.”

Sir Brian said that in the new world hearings will often be conducted online – “either by rapid exchanges of text or by the hearings conducted using video conferencing tools we can all access from home” – while “judges will simply make their judgments available directly on the internet without the need to deliver them in court”.

Wifi is currently being installed in all criminal courts, with civil, family and tribunals soon to follow. When in court, there will be large, high-resolution screens so that documents and other electronic material can be presented directly from the advocates’ laptops.

“In the more difficult and sensitive cases, the traditional model of face to face meetings in court will still take place – jury trial is not about to move to virtual reality – but much of the preliminary work will be done by everyone in their offices, retiring rooms, living rooms or some remote video suite with all the participants being linked together by Wifi or 3G, 4G or 5G (wherever the numbers next end up).

“In Kent, some preliminary hearings are being conducted with the CPS and the defence lawyers in their offices and with the magistrates presiding over an empty courtroom, looking at the advocates on screen rather than in person. In Thames Valley, the Crown Court judges are doing a lot of this work by telephone, with the advocates booking hearings in this way so that they can make better use of their time and fit case management around their court or other commitments.”

Sir Brian said the process of enabling defendants in certain cases to plead guilty online has begun but there is much further to go. “In some cases, for instance non-imprisonable lower end crime (such as less serious driving cases that only ever end up with a fine), it should be possible to use recognised sentencing guidelines to identify a prospective sentence which the person who has just pleaded guilty can accept if he or she chooses to do so, having entered their outgoings and income (which may well be cross checked), with the right to a hearing being reserved for those who ask for it, perhaps because they have particular mitigation.

“We do this now in relation to parking and other very minor traffic violations. Then, as in the parking cases now, defendants will be able to enter their credit card details and it will all be over, in one visit, as quickly as paying the parking fine, the road fund licence or all the other transactions that we are now used to performing on line. A very large bulk of standard, low level work which is presently very expensive to process may be resolved without a formal court appearance or hearing.”

One question, he observed, was whether “some indefinably important human element and the possibility of persuading the parties to accept compromise or reality [will be lost] by moving away from face-to-face meetings in court.

“There is great attachment to the visceral, biological nature of human interaction,” he said. “The answer is that we will have to learn new techniques of interaction but I have no doubt that we shall.”