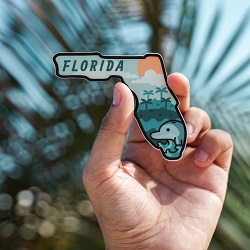 Florida is set to be the next flashpoint over allowing alternative business structures in the US after lawyers in the state voted unanimously against moves to allow non-lawyer ownership.

Members of the Florida Bar Association’s ruling board of governors complained about the risk to their independence as they voted 46-0 to reject allowing active non-lawyer firm members to have a minority ownership in a law firm, and 45-0 to reject the sharing of fees with non-lawyers.

In the US, legal regulation is overseen by state supreme courts and the board was responding to a report published in June [1] by a committee created by the Florida Supreme Court that recommended further study on allowing some non-lawyers to have an ownership interest in law firms, fee splitting with non-lawyer entities, and creation of a regulatory sandbox.

The idea of expanding ownership was limited to non-lawyer employees “who directly support the firm”, but they could never have a majority interest in the firm, would be bound by Bar rules, and lawyers would be responsible for the actions of their non-lawyer partners.

The supreme court has not yet decided whether to take up the recommendations, but in the debate earlier this month, members of the board of governors made clear their views that the restrictions put forward by the committee were not enough.

Board member Josh Chilson was quoted as saying: “I’m troubled by the profound conflicts of interest the proposal would create between lawyers and their ethical obligations and non-lawyers that the court can’t regulate who are entirely driven by profits.

“I’m troubled by the fact that the committee by its own admission never looked at what some of the proposals have done to other professions, including doctors, without improving access to the consumers.

“I’m troubled that this is being offered with no real evidence that the proposal will improve access to justice.… This is a bell that once rung, will never be able to be unrung.”

Fellow board member Sia Baker-Barnes said: “The independent judgment of a lawyer is critical to the fair administration of justice in our state. That is why these rules have been in place for so many years.

“We lawyers have been trained to exercise our judgment, not driven solely by profit or the desire to make money, but driven by what is in the best interest of our clients.

Earlier this year, the US saw its first two ABSs [2] approved in Arizona, to go alongside an increasing variety of businesses in a regulatory sandbox in Utah. New York, California and Illinois are also studying liberalisation.

Last month we reported that LegalZoom had become the first business to have ABSs in both the UK and US [3] after it won approval from Arizona.