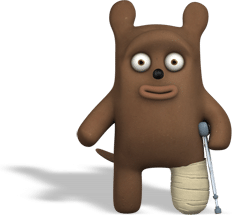 Underdog: has he had his day?

NAHL plc – the legal marketing business that owns National Accident Helpline (NAH) – has reported a 15% increase in profits despite a small fall in turnover in 2016 that would have been significantly larger had the non-personal injury (PI) elements of its business not performed well.

It has also emerged that NAH’s ‘Underdog’ character is to be put on a short leash as the company revamps its advertising.

NAHL has flagged for some time a different approach to personal injury (PI), targeting a lower number of higher-quality leads for panel firms, and also revealed last week that joint venture alternative business structures would be part of its response to the government’s proposed PI reforms.

As a result, the PI division’s revenue in 2016 was a third to £30m, with profit down 9% to £14.1m, but strong performances from its critical care division – providing rehabilitation services – its particularly its residential conveyancing division (revenue up 156% to £9m) balanced these..

CEO Russell Atkinson told Legal Futures that the group had spent less on advertising in 2016 – reducing its TV exposure and focusing its pay per click activities – but with it putting aside £1m to relaunch its brand in 2017, he said it would be returning to television.

“Reinvigorating our brand” would mean that the Underdog character would have a “much smaller role in the future, but we won’t be putting him down”, said Mr Atkinson.

He described the PI division’s trading performance as “resilient”, adding: “We have a clear strategy in place to develop our business model while our proven track record of responding to regulatory change and underlying brand strength leaves the PI division well positioned to succeed in the new landscape.”

But Mr Atkinson indicated there were no plans at the moment to diversify further than NAHL already had.