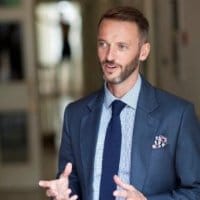 In the latest installment of our series looking at the new breed of alternative business structures (ABSs), the boutique media law firm that transformed itself into a multi-disciplinary ABS specialising in high tech and legal reputation defence, is approaching the end of its first three-year phase of reform with profits “sky high”.

Schillings, which led the pack as a ‘fire fighter’ for the subjects of tabloid scoops before Hackgate, has evolved into a firm expert in the workings of new media, such as social media, and has long-term relationships with clients looking ahead, where previously they were associated with one-off events. But its tag line is still “law at the speed of reputation”.

Where once the media lawyers were the beating heart of the business, now they sit within multi-disciplinary groups of specialists involved in modern reputation management. They include cyber-specialists, data breach experts and risk consultants, alongside the data protection and media lawyers.

The practice also has Schillings Family, offering a range of privacy and family law services, including rabbinical arbitration. Its wealth preservation department “has a recognised breadth of experience in effectively handling complex financial disputes often involving trust and corporate structures and the related tax implications across multiple jurisdictions,” the website claims.

Christopher Mills, Schillings’ chief operating officer, told Legal Futures that the firm’s transformation had been “challenging” but worthwhile. “I think change is hard for everybody and was probably harder than we realised it was going to be. But we look back and feel that although we are doing a lot of quite interesting stuff, we feel the same.”

He said a number of staff had left and the firm had been replacing people and “recruiting for growth on top of that”. Schillings was currently recruiting for three roles to add to the total of 45, which includes 21 lawyers.

Approaching the end of the firm’s first three-year phase of reform, “the profit’s gone sky high”, with revenue up by a third, Mr Mills reported. An employee share scheme was on the cards and, in the meantime, staff had been awarded bonuses after “a very successful year”.

In the wake of becoming an ABS, a lot of regulatory issues arose from having both regulated and non-regulated services within the business, in the context of outcomes-focused regulation, Mr Mills said. These included having “to write a new standard terms of business and client care letters, so it’s as simple as possible for the client, but they still understand that there are two service lines here, even though there is a single team advising them”.

He continued: “It can even get complicated when you get the money in, because if there’s money relating to a non-regulated service it can’t sit in the client account, it has to be moved across. So it’s little administrative things like that, that there wasn’t really any guidance about, and you’ve got this innovative business model but you have to make sure you are doing all the right things.”

The boundaries between regulated and unregulated work have meant the firm’s professional indemnity insurance has had to be made ABS-friendly too, Mr Mills explained. “Our insurers… have come up with a new approach… for us because they say it would be impossible to see where the lawyers stop and the non-lawyers start in a claim, so they have created a wrapper that holds everybody together… under our professional indemnity.”

He said the firm was “rolling out about six new service lines over the coming months”, including data breach response. Future developments in the firm were decided by a strategy committee once a month, made up of all the partners. The next three-year plan was being worked out and would come into effect next year.

Reflecting on the change in reputation management from the era of Max Clifford and the News of the World – with both now absent from the media firmament – to today, Mr Mills commented that “this is a different time now”. Long-term relationships with clients were now common – which he said “has always been our Holy Grail”.

He added: “We used to be the fire fighters that you called on Friday afternoon. Our clients now call us in right at the beginning, and it’s about developing a strategy over a number of years…

“It might be new regulatory issues coming through for a client, or for their industry, and they bring us in and say ‘right, how do we navigate this, and what do we need to put in place?’

“So we’ve gone into long-term relationships with clients. In previous times, most people didn’t want to see us again, unless they happened to sue the newspaper.”