Profitability on the rise for small and mid-sized firms but cash is tight, survey finds 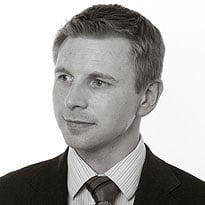 The last financial year has continued a return to profitability for many small and mid-sized firms, although cash is tight as lock-up has increased, according to an analysis of the accounts of more than 100 law firms of up to 30 partners.

Law firms with eight or more partners performed above this benchmark, with average net profit per partner of £184,000.

The report by accountants Armstrong Watson, drawing on the accounts of its law firm clients, based mainly in northern England, said that on the back of the greater profits, firms have looked to recruit, with higher numbers of staff per partner – 4.1 fee-earners compared to 3.0 last year, and 9.2 staff in all, up from 7.1.

“Crucially that recruitment has had a positive impact on profits, as staff costs as a percentage of fees has been kept in line,” legal sector partner Andy Poole wrote.

“Firms have also looked to use this increased profitability to invest, with increased marketing costs being evident.”

Net profit percentages remained broadly unchanged at 31%. “This is particularly pleasing given the number of changes in the legal sector in recent years,” said Mr Poole. Overheads were also being closely controlled.

But he continued: “Despite this increased profitability, cash still appears to be tight as lock-up has increased; investments have been made and therefore drawings have fallen behind profits. This has resulted in average partner capital accounts increasing, which may cause succession problems in the future.”

“This may be due to a number of factors; changes in the partnership structure with new and exiting partners, a reduction in drawings levels, retention of reserves needed for working capital or refinancing of the practice,” the report said.

“The gearing ratio of law firms has decreased from 5.7 to 4.0 when compared with the previous year. The increased lock-up is resulting in a lack of cash, preventing partners from drawing as much as they would like, thus increasing capital accounts.

“The banks have become more willing to lend and so the ratio of the amount the partners invest compared to the amount they borrow has decreased.

“It should be noted that this ratio doesn’t reflect ‘off balance sheet’ finance, where partners have taken on personal debt to inject into the practice or as a part of a refinancing package.”

Charge-out rates have also gone up – by 18% for equity partners, 8% for salaried partners, 6% for associates and 3% for assistants.