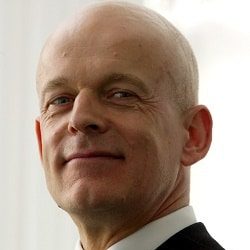 The legal team of a man accused of murder was wrong to withdraw during the trial citing ‘professional embarrassment’ but the move did not render his subsequent conviction unsafe, the Court of Appeal has ruled.

Lord Justice Fulford also stressed the importance of lawyers ensuring they have a full record, signed by the client, if they take this step.

The defendant’s QC, Lewis Power, considered that, in the wake of evidence from a ballistics expert, his client had provided new instructions about what had occurred in the incident that left Michael Blake dead from a gunshot to the head, which contradicted his previous instructions.

As a result, he was ‘professionally embarrassed’ to continue presenting the defence of Nathan Daniels and the legal team withdrew.

Mr Daniels, who was ultimately convicted by a majority and sentenced to life imprisonment, with a minimum term of 30 years, sought to appeal against his conviction for multiple reasons, including the withdrawal of the legal team.

The court said the entire process – including Mr Power speaking with the Bar Council and the leader of his circuit, who both supported his decision – was concluded in two or three hours.

There was no joint consultation with his junior Ian McMeekin, the solicitor Gary Hughes of GLP Solicitors, and the client to consider “in detail” whether they were professionally embarrassed.

“Although the time taken to reach a decision of this kind is not necessarily determinative of whether the process was appropriate, we are left in this instance with a strong impression that matters were significantly rushed,” said Fulford LJ, vice-president of the court’s criminal division.

As a result, the court had “grave doubts” that the withdrawal was justified.

Analysing what happened in depth, it said Mr Daniels had not “completely changed his instructions” in a manner which involved him resiling from an earlier acceptance of one or more significant elements of the allegations made against him.

“To the contrary, the account Mr Power recalls the applicant provided on 24 May 2017 took him substantially closer to an acceptance of the prosecution’s case…

“In our judgment, the acceptance by an accused of a significant part of the case against him or her will not, save exceptionally, constitute a change of instructions that causes defence counsel professional embarrassment…

“We agree that insufficient time was afforded for proper reflection on whether this step was necessary.”

Mr McMeekin’s concerns at the time that events moved too rapidly were justified, Fulford LJ added.

Though the trial was adjourned and a new legal team found, Mr Daniels decided to represent himself.

The appeal court firmly rejected the various criticisms he made of how his lawyers had run his case as well as of the prosecuting counsel and the judge. The sole issue that caused it “any substantive concern” was the decision to withdraw when the circumstances did not justify it.

“Although Mr Power was correct to take professional advice as to the course to be followed – from the Bar Council and the leader of his circuit – the decision remained wholly one for the lawyers who had been instructed.

“In reality, it would have been difficult for either Mr McMeekin or Mr Hughes to continue to act for the applicant once Mr Power, as leading counsel, decided that those representing the applicant were professionally embarrassed… This was, therefore, essentially Mr Power’s decision.”

Equally, it was Mr Daniels’ decision not use the replacement lawyers and represent himself.

“We have examined his evidence, his cross-examination of [the expert] and his closing speech. We are confident that the central points in support of his case were clearly identified by him and all the relevant issues were dealt with by the judge in the summing up.

“This was, therefore, an unusual and unfortunate state of affairs but we are unpersuaded that the conviction is unsafe as a result…

“We have been unable to detect any substantive prejudice as regards the presentation of the applicant’s case or the jury’s understanding of it.”

The court criticised the legal team for failing to make a full and contemporaneous record of their client’s suggested change of instructions, preferably signed by him, and timed and dated.

“If lawyers are intending to take the grave step of withdrawing mid-trial, there needs to be a clear and full record made at the time explaining in detail the circumstances that led to this decision.”