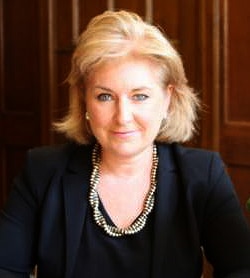 Carr: harm was all the greater given solicitor’s seniority

A former City partner, struck off twice by the Solicitors Disciplinary Tribunal (SDT) after challenging its first ruling at the High Court, has failed to overturn the second decision.

Mrs Justice Carr said the end of Andrew Shaw’s career was a “professional tragedy” for him, but Tim Dutton QC had said in his defence “everything on behalf of Mr Shaw that could possibly be said”.

Mr Shaw was originally struck off following a rare private prosecution by a businessman who had been litigated against by a client of the firm and complained about the way Mr Shaw and an associate had conducted it.

When they appealed on the grounds that the SDT had failed to set out properly its reasons and reasoning process, in a judgment handed down in January 2014 Mr Justice Jay overturned the strike-offs [1] but upheld a finding of dishonesty in relation to the contents of an affidavit, and upheld another in relation to the misuse of confidential information.

The judge remitted the case to a freshly constituted tribunal to re-determine the issue of sanction relating to the findings that were upheld, and it again decided to strike him off [2].

Rejecting to his appeal against this, Carr J said: “The nature of Mr Shaw’s dishonesty was clearly of the utmost gravity, involving as it did the deliberate misleading of the court by a (senior) officer of the court.

“As for the scope and extent of the dishonesty, even if Mr Shaw’s dishonesty did not span days, it cannot be said to have been momentary.

“Mr Shaw faced the very important and substantive task of correcting a false impression which he had given to Roth J on oath. He dishonestly failed to do so with the motive of benefitting himself and his firm, at least by sparing them public professional embarrassment, by no means an insignificant matter.

“Moreover, there is, as the tribunal found, harm to the reputation of the solicitors’ profession when a solicitor and officer of the court dishonestly misleads the court in order to spare professional embarrassment.

“When that solicitor is someone as senior and experienced as Mr Shaw, the harm is all the greater.”

Carr J said he was now 61 and had a “previously unblemished record”.

She disagreed with counsel for the Solicitors Regulation Authority that comments by the Lord Chief Justice, Lord Thomas, in the leading case of Brett meant that where a solicitor’s dishonesty involved misleading the court, striking off was inevitable.

“Even if a strict linguistic approach were sound, it is to be noted that the Lord Chief Justice referred to an ‘inevitable’ inference, not an inevitable conclusion. An inference can be no more than a presumption, rebuttable in appropriate circumstances.”

However, she said Mr Shaw “did fall to be struck off unless exceptional circumstances were found to exist” and the question for the tribunal was whether or not the procedural history of the case gave rise to one.

Mr Shaw had been found guilty of “the most serious misconduct, involving subjective dishonesty”, she said.

The judge added: “This is not a conclusion that I reach with any pleasure. Mr Shaw has had a distinguished career as a solicitor hitherto and that career is now at an end. It is a professional tragedy for him.

“But it is the consequence of a senior solicitor and officer of the court dishonestly misleading the court in a sworn affidavit in order to avoid professional embarrassment for himself and/or his firm and in the absence of any exceptional circumstances justifying a different outcome.”