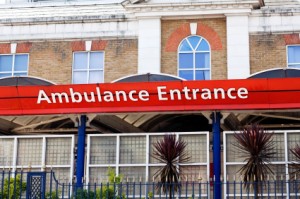 Personal injury, commercial and family work will all fuel negligence claims against lawyers, insurance specialist BLM has warned in a white paper.

The law firm also predicted that as property-related claims by lenders fell away, a new source of claims could come from the “rapid pace of reform” in legal services, testing new systems and processes “to their limit”.

BLM said in The Impact of Macroeconomic Trends on London Market Claims that, following the Jackson report, law firms that continued to deal with personal injury claims had been working at reduced rates.

“This has led to work being assigned to inexperienced and junior staff – which will lead to mistakes, and to claims. This is even more acute when coupled with the court’s less sympathetic approach to adherence to the court rules.

“A number of claimant law firms are turning their attention to pursuing solicitors who had previously dealt with such claims to allege that the personal injury claims were under-settled.”

The white paper said there had also been an increase in claims relating to under-settled family disputes.

“Typically, it is alleged that the solicitor failed to advise a wife about her rights regarding her husband’s pension and to obtain a pension-sharing order to provide an income in the future.

“Breach of duty and causation is often tricky. Whilst the quantum tends to be relatively low, the volume and claimant costs can still lead to sizeable outlay for insurers.”

On commercial work, the report said that during the recent downturn recruitment in many law firms had slowed, particularly at trainee and newly qualified levels, and “many firms may face skills shortages as they attempt to expand” to meet demand.

“Whilst our view is that claims in the sector are likely to stagnate or even fall as a whole, increased activity in the corporate and commercial sector could lead to an upswing in claims in this area, and those claims that are made are likely to be for significant sums.”

The report noted that the legal services sector was a “rapidly changing and consolidating market”, with commoditisation driven both by economic pressures and regulatory changes.

“In tandem with the increased use of a variety of business structures, we are seeing changes to business models, and a move away from the traditional ‘hourly rate’ to fixed and capped fees.

“From reforms to legal education and training, to increases in new methods of working; from the use of new technology to the outsourcing of key functions and the creation of ‘outpost’ offices by major firms, the rapid pace of reform within the sector is likely to result in claims as new systems and processes are tested to their limit.”