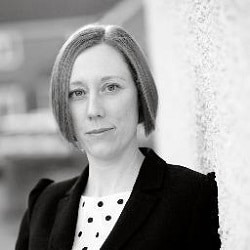 The legal profession claimed victory last night in the fight against extended operating hours (EOH) in the criminal courts.

The move by HM Courts & Tribunals Service (HMCTS) has been bitterly opposed by barristers and solicitors alike, amid wellbeing concerns and also that advocates unable to cover EOH – likely to be disproportionately women – would lose work and could be driven out [1] of the profession as a result.

Some 55% barristers said in a survey [2] last summer that they would consider leaving the Bar if the courts adopted EOH.

The Criminal Bar Association (CBA) tweeted yesterday: “We have spent months campaigning, writing reports & instructing @Mishcon_de_Reya to protect our members and the Bar from the discriminatory project to introduce Extended Court Operating Hours. We are pleased that @MoJGovUK has taken the decision not proceed with the scheme.

“To be clear, it will not be proceeded with in the foreseeable future. We consider it will not raise its head again.”

However, the Ministry of Justice was not prepared to confirm any of this when contacted by Legal Futures last night.

HMCTS ran pilots at seven courts in the autumn that saw have two separate morning and afternoon sessions of 9am to 1pm and 2pm to 6pm. Another courtroom operated on standard hours.

It planned to roll the model out to 65 Crown Courts last month in a bid to reduce the backlog of cases – which was already huge before Covid – that has grown further during the pandemic.

The CBA praised the “fantastic work” of barrister Lucie Wibberley and the court capacity working group she chaired, and said it was “forever grateful” to London law firm Mishcon de Reya for its pro bono assistance.

Ms Wibberley, who practises from Garden Court Chambers, said there had been “fantastic team work” on the group between barristers and solicitors Zachery White of Montague Solicitors and the Legal Sectors Workers Union, Hussain Hassan of Lawton Solicitors and Sandra Paul of Kingsley Napley.

“We said no to EOH. We say yes to safe spacious courts and testing. Fighting for Safe Justice for all our communities,” she added.

The group Women in Criminal Law, which played a central role in the campaign, celebrated the decision but said the work was not over.

It tweeted: “Our Magistrates’ Court Working Party is keen to make sure that the abandonment of EOH in the Crown Court doesn’t distract us from stealth EOH in the Mags.”

The author, the Secret Barrister, tweeted: “Fantastic news. Proof that showing strength in the face of governmental bullying yields results. The justice system will be fixed by proper funding – not by forcing legal professionals to give up what remains of our family lives.”

Further, a court complaints procedure and escalation procedure for court safety issues were both now in place.