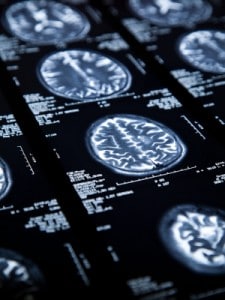 Injury: ABSs have 20% of the market

A preview of the research, released last week, also said that alternative business structures (ABSs) are “starting to have an impact” on some parts of the market and collectively have a 5% market share.

The LSB said a review of reported innovations over the past three years found that “ABS organisations were associated with more frequent reports of new innovations when compared to other providers regulated by the Solicitors Regulation Authority (SRA)”.

While around 13% of ABS organisations had introduced an innovation “not related to their organisational structure”, just 1% of other SRA-regulated organisations – mainly larger firms providing services to businesses – reported any form of innovation.

ABSs were also found to be better at resolving complaints about service, dealing with 11 in-house for every one referred to the Legal Ombudsman, compared to five for LDPs and four for other solicitors’ firms.

The LSB said that, as of June, ABSs accounted for 20% of the injury market – split equally between new entrants and existing law firms converting – and more generally ABSs make greater use of technology to deliver services.

New business structures have increased market share over the past three years – while LDPs have never represented more than 5% of the total number of law firms, in 2012/13, they had a 14% market share.

“Further, firms who were LDPs in 2012/13 were statistically more likely to have seen an increase in turnover in the past three years.”

As part of its research the LSB has also for the first time surveyed ABSs regulated both by the SRA and Council for Licensed Conveyancers. Asked to identify the main barriers to growth and innovation in legal services, the traditional partnership model, regulation, uncertainty of future laws/regulation and access to capital were cited by between a third and 40% of respondents.

Looking more broadly at the solicitors’ market, corporate/commercial law accounted for a quarter of the legal market in 2012/13 by turnover, followed by litigation (15%), injury (12%), commercial conveyancing (7%), wills, trusts and probate (6%), residential conveyancing (5%) and family work (5%).

“However, there is limited evidence of competitive pressure yet driving firms to adapt to service unmet consumer legal need, improving access to justice,” the LSB said.

The full research report is due to be published next month.