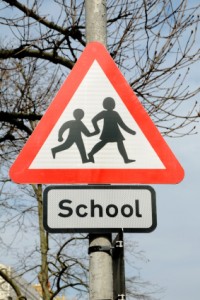 It is essential for law firms to offer better public legal education (PLE) – including getting into schools, according to the Master of the Rolls – while alternative business structures could help pro bono provision, it was claimed at the launch of National Pro Bono Week on Monday.

The Law Society, ILEX and Bar Council opened the 10th annual Pro Bono Week with a panel debate, where members praised the development of pro bono work but said that more had to be done, especially in terms of PLE.

Lawyers were reminded that under the regulatory objectives of the Legal Services Act 2007, there are obligations to increase “public understanding of the citizen’s legal rights and duties”. The panel highlighted research that suggests up to 75% of the general public lack a basic knowledge and that there is very little web-based material available for the public.

The Master of the Rolls, Lord Neuberger, likened the situation to the medical profession. “Prevention is much better than cure,” he said. “So many people end up in such a mess because they do not have the basic knowledge of the legal system; getting into schools [to teach more about the law] is essential for judges and lawyers.”

The panel fell short of saying that pro bono should be mandatory. Instead it claimed that legal services providers should be more enthusiastic in encouraging involvement, including from senior partners within a firm.

The Attorney General, Dominic Grieve, told attendees: “There is no doubt in my mind that pro bono should be voluntary. In my experience the rewards one gets from pro bono work are immense and often the most enduring memories during a career.”

Alternative business structures (ABSs) may also provide pro bono innovation. They will be obliged to increase public understanding of the law under the Legal Services Act but may already have extensive corporate social responsibility programmes that could be integrated into pro bono activity. The panel said that both ABSs and traditional law firms can see commercial benefits from pro bono efforts because they will improve the standing of a business within society.

Michael Smyth, former Clifford Chance partner and chairman of Law for Life, the Foundation for Public Legal Education, added: “The two measurements for success at law firms in the UK and Wall Street are excellence in profits but also some sentiment to public service; which is the sweet spot to position pro bono.”

Pro bono, however, is not a substitute for legal aid. Steve Hynes, director of the Legal Action Group, concluded that around 14,000 cases would be ‘lost’ if the plans for legal aid cuts go through and that law firms do not have the level of resources to plug that gap.