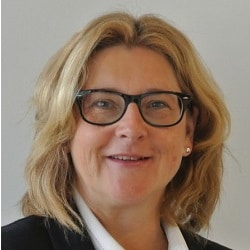 Pro bono work has become a “mainstream part of legal education” and a significant number of law schools plan to integrate it with the Solicitors Qualifying Examination (SQE), a major study has found.

Researchers said demand from clients was also growing, with 90% of law schools saying they expected it to rise, and three-quarters saying they planned to extend pro bono work opportunities.

The Law School Pro Bono and Clinic Report 2020, produced by LawWorks and the Clinical Legal Education Organisation, was based on responses from 78 law schools and 421 students.

All but one of the law schools said they provided pro bono opportunities; researchers said that, even if they assumed that all those that failed to reply did not, which they doubted, that would mean 64% of law schools were involved in pro bono work.

When the first such survey was conducted in 2000, 41% of the law schools that responded offered pro bono opportunities.

The report said: “Clinic and other pro bono activity now takes place in the vast majority of law schools, whilst 20 years ago clinics were predominantly found in the ‘new’ universities and at colleges offering overtly vocational courses.

“Partnerships with other legal service providers are commonplace and staff responsible for clinical legal education and practice within law schools are, to varying degrees, integrating pro bono into educational and assessment frameworks and given timetabled responsibility for overseeing pro bono work.”

The report found that over 3,000 students took part in pro bono programmes over the 2019-20 academic year. Researchers said they were “confident that the number of students doing pro bono work is significantly more than captured by the survey”.

The main areas of law covered by law school clinics were employment (79%), family (70%) and housing (67%). These were followed by consumer, discrimination and small business issues.

Almost three-quarters of clinics (72%) said they worked with private practice, 63% with Citizens Advice and 45% with law centres.

The vast majority of supervision was carried out by solicitors (81%) or barristers (15%).

Student enthusiasm for pro bono was reflected in the 79% who wanted to see their law school do some or more pro bono work.

Under the new route to qualification that comes into force next autumn, of which the SQE is part, would-be solicitors need two years of qualifying work experience (QWE).

Whilst similar to a training contract, it can be completed at any point during the qualification
process and the type of work which qualifies as QWE can include placements while studying
for a degree, time spent as a paralegal or working in a law clinic, as well as working for
a private practice law firm – the QWE may be completed with up to four different legal practice
organisations.

The report said this “opens up the potential opportunity for law schools to provide a QWE component to working in clinics”, and 46% of law schools said they had plans to adapt their pro bono work to take account of it.

Researchers said Covid-19 “had an impact” on pro bono but “increasingly law schools and students are embracing new technology to adapt and develop their services and projects”.

They concluded: “Both from the perspective of law schools and students, pro bono is seen as more than just an educational tool; it is an instrument for advancing social justice building long term partnerships with civil society.

“The impact can be transformative both for students taking part and the clients helped.”

Alasdair Douglas, chairman of LawWorks, said it was clear that “students, with the supervision of qualified lawyers, are playing an ever-more significant role in the delivery of free advice to those in need – particularly in the midst of the Covid-19 pandemic”.

Penny Carey, vice-chair of the committee of heads of UK law schools, said having a law clinic and offering pro bono work experience for students “not only equips students with employability skills, but also strengthens the university’s relationships with its local community – from the law firms who will be employing students, to charities that need support, and to the public who need access to justice”.

She added: “It is heartening to hear the clinic students surveyed rating ‘helping others’ as equally as highly as improving their CV.”