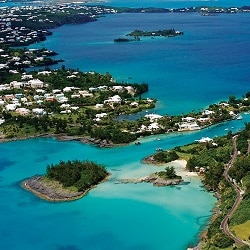 Bermuda: Legislation did not extend to commercial control

The Judicial Committee of the Privy Council (JCPC) has backed a leading offshore law firm after it was denied permission to open an office in Bermuda by the local bar council.

It found that the Bermuda Bar Council was wrong to find that the proposed office of Walkers contravened company law on the island.

Walkers, based on the Cayman Islands, wanted to become the first major firm of its kind to enter that market.

Since 2009, legal services in Bermuda can be provided by limited liability companies, but under the Companies Act 1981 they must be “controlled by Bermudians”.

All the shares of Walkers Bermuda Limited (WBL) were held by Bermudian barristers, and Walkers Global (WG) had no control over them.

Under a licensing and services agreement and a loan agreement, WBL was to receive a loan of up to $5m from WG, and provide services under the Walkers brand, and pay a licence fee in return.

WBL would also be able to draw on “extensive services” provided by WG, including management, compliance and financial support.

However, in 2016, the Bermuda Bar Council refused to grant the firm a certificate of recognition as a professional company under Bermudian law, on the ground that WG’s commercial influence through the agreements meant WBL would not be controlled by Bermudians.

WBL appealed successfully to Bermuda’s Chief Justice, who held that the Act meant corporate, rather than commercial, control.

However, the Court of Appeal for Bermuda overturned this ruling, interpreting the provisions of the Act as “extending beyond control over the voting power of shareholders to include the substance and reality of commercial control”.

He said the provisions of the Act suggested that the control the legislature had in mind was control through the voting rights of shareholders and decisions of directors, rather than an “amorphous control by another entity solely by means of its commercial bargaining power”.

Lord Hodge went on: “If it were sufficient to establish non-Bermudian control by commercial control alone, a local company might face intolerable uncertainty as to whether it was carrying on business legally or was committing an offence.”

He said that, like the Chief Justice, the panel had sympathy for the predicament of the Bar Council “when faced with a proposal which, despite the robust protestations to the contrary… appears to amount to a franchise arrangement by which WG seeks to extend the provision of legal services under its brand into Bermuda”.

He accepted the court of appeal’s observation that almost everything other than local legal work would likely be carried out by WG offshore and that the financial obligations on WBL under the agreements were “likely to confer very substantial power on WG over the conduct of WBL”.

Nonetheless, the JCPC concluded that the proposed arrangements did not contravene the Companies Act and the Bar Council therefore fell into error in refusing to grant the certificate of recognition.

Lord Reed, Lord Kerr and Lord Briggs agreed that the appeal by Walkers should be allowed. Lady Arden concurred, for her own reasons.