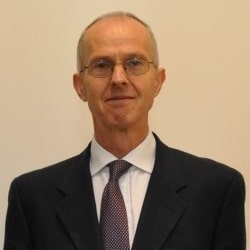 The High Court has ruled that legal professional privilege was waived by the liquidators of a company when they released a set of documents to a litigant to help her sue her law firm for negligence.

Chief Master Marsh said the issue of privilege had been raised because, although the litigant had settled the negligence claim against her law firm, that firm was now suing another law firm for a contribution.

The master said the background to the negligence case lay in a group leasehold enfranchisement exercise in Knightsbridge, London; the leaseholders used Enfranchisement and Leasehold Solutions Ltd (ELS), which in turn instructed TWM Solicitors.

Amber Galloway, who took part in the exercise, instructed Alan Edwards & Co to act for her in the enfranchisement.

Using London firm Payne Hicks Beach (PHB), she later launched two negligence actions against Alan Edwards & Co. As part of the settlement, she provided a copy of the ELS file relating to its retainer with TWM to the solicitors for Alan Edwards.

Alan Edwards then brought the present contribution proceedings against TWM.

ELS went into administration and subsequently liquidation. It was dissolved in June 2017. One of its joint liquidators, Julie Palmer, confirmed she had no objection to Alan Edwards using the documents in the TWM file.

However, since she had no authority to waive a dissolved company’s privilege, the question was whether waiver took place earlier.

The master said it was possible for privilege to be waived “without there being an express statement to that effect”.

He explained: “The court is able to infer in an appropriate case from the available evidence that the person or entity who is entitled to assert the privilege has waived that right from their behaviour or from other indirect evidence.”

Master Marsh said there was no direct evidence, but there was “secondary evidence”. PHB asked for and received TWM’s file in August 2016 with written authority from Ms Palmer; only the liquidators at that time had the power to waive ELS’s privilege.

The judge concluded on the balance of probabilities that Ms Palmer “intended to authorise the file being handed over” for the purposes of Ms Galloway’s claim against Alan Edwards “without any intention to retain ELS’s privilege”.

It followed that the file handed over under the Tomlin orders was not subject to ELS’s privilege.