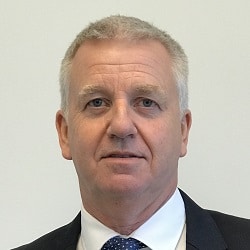 A private investor has provided £1m in start-up funding for a Liverpool litigation boutique specialising in complex and high-value commercial cases.

Mark Goodwin, managing partner of Fortuna Law and former head of litigation and regulatory at DLA Piper in Liverpool, said the rest of the funding for the alternative business structure (ABS) had come from him.

Fortuna Law is evidence that niche litigation practices set up as large firms increasingly struggle with conflicts, often because of their work for banks and other large institutions, is no longer a London-only phenomenon.

Mr Goodwin, a partner at DLA Piper for 19 years, said the combined value of cases handled by Fortuna was currently over £750m. This included bringing one claim for over £200m and defending another of the same size.

He said that, in the first eight months since the firm was launched early this year, it had received a “significant amount of referrals”, not just from DLA Piper but also from other large law firms.

“I’ve met with senior partners of City and regional firms and they all confirm that they have suffered problems with conflicts of interest and would consider us for referrals in the future,” he said.

Mr Goodwin said conflicts of interest in litigation and arbitration were becoming more common as the large law firms expanded in size and geographical reach and it was “often not possible” for them to find a solution within the current rules.

He said Fortuna would offer a safe place for referrals and “would not seek to maintain wider relationships”.

He added that he did not want to “position ourselves in the mid-market” and was “basically doing work only done by high-end litigation teams in the larger firms”.

The solicitor said the firm was owned by a holding company, the Fortuna Group Limited, made up of himself and the private investor. The holding company is one of the members of Fortuna Law LLP, along with Mr Goodwin and Catherine Radcliffe, formerly a senior associate at DLA Piper.

Mr Goodwin said Fortuna aimed over the next 12 months to double in size – it currently has six staff – and in turnover.

Hannah Catterall, also a former senior associate at DLA Piper, is legal director. Andy Cole, former director of specialist investigations at HMRC, joined the firm this month as a consultant to work on tax-related civil claims.

Mr Cole was awarded a CBE for his negotiations with the Principality of Liechtenstein.

Mr Goodwin added that although Fortuna was located in same building in Liverpool as DLA Piper, there were “many other businesses” there and it was “of no relevance” to the new firm.

It told investors: “This strong growth, which is primarily organic, is built upon a broadening and deepening of the group’s service lines and the expansion in the group’s average number of fee earners to 673 at the period end, which has increased by 10.3% since the full year end and by 21.9% since the prior half year end in October 2018.”

Chief executive Michael Ward said: “The board continues to invest in the future of the group in order to keep pace with a rapidly changing environment.

“As we approach the end of our first five years on AIM, I am pleased with how our business has delivered on its promises to staff and investors.

“Despite the uncertainty around Brexit, which may continue to impact investor and client sentiment in the short-term, we remain confident that the business is well positioned to deliver a strong performance for the full year, in line with market expectations.”

Gateley’s shares were up 3% on the announcement to 168.5p, and the price has been around that level for most of 2019.