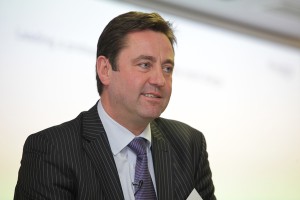 Three more alternative business structures (ABSs) have been licensed by the Solicitors Regulation Authority (SRA), with external investment, an employee share scheme and a non-lawyer partner the drivers behind them.

One of the most talked-about deals of the year sees Staffordshire firm Knights Solicitors become an ABS after raising private capital through an investment by Hamilton Bradshaw, the private equity firm owned by former Dragon’s Den star James Caan.

The firm said that with its ABS licence now approved, “Knights can leverage its private equity investment and continue to realise its ambitious growth plans. Knights has set its sights on more than doubling turnover in the next three years and will be ready to announce a number of significant hires in the New Year… It will also allow the firm to achieve its aim of becoming a top 100 UK law firm.”

Managing partner David Beech said: “The announcement today is a milestone and an important step in achieving the firm’s significant ambitions. The news demonstrates Knights’ continued determination to be at the forefront of change in the legal sector and positions us well to take advantage of the changing legal landscape.”

Hertfordshire firm Pellys RJP is a four-partner private client and commercial practice with a specialist offshoot targeted at the passenger transport and road haulage industry. It is already a limited company and has a chartered legal executive partner, and partner Stephen Roche – the ABS’s new head of legal practice – said the aim now was to establish a share incentive scheme for key employees.

Becoming an ABS would provide more options, he added, indicating that the prospect of external investment might also appeal in time. “We are on a growth trajectory and ultimately it is something we would look at in maybe three to five years.”

In north Norfolk, Hayes & Storr – a law firm run by a former SRA employee – has become an ABS in order to allow an accountant manager to join the partnership.

Adam Bunkle, finance manager at 11-partner, six-office Hayes & Storr Solicitors, has become a partner and the ABS’s head of finance.

Alex Findlay, a civil litigation solicitor and the firm’s practice manager – who previously worked for the SRA as a practice standards adviser– becomes head of legal practice. He joined the firm as its compliance officer in 2011.

He told Legal Futures the ABS licence was useful “in terms of the structure of the management team and how that functions within the firm”. But he said it had also been an “impetus for us to rejig how we do some things and update the way the practice is run in a more commercial way”

The firm has no plans to seek outside investment, he said. “I don’t know if external capital would ever be anything we’re interested in, but you can’t say never these days – it depends on how the market moves.”

The ABS application process was “time-consuming”, Mr Findlay said, “particularly because we didn’t think ours was a terribly complicated structure.”

If the firm should restructure within its ABS format in the future, he hoped it would not have to go through the whole process again. “Every form we seem to get from the SRA slightly changes just subtly enough so we have to completely provide the information again,” he added.

Mr Roche described the application process as involving “a lot of waiting around”.