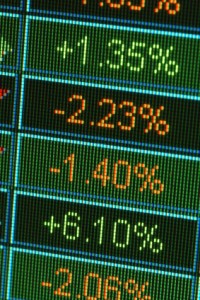 Separately, the head of strategic projects at Irwin Mitchell, which is seeking external investment, claimed that most PE firms are considering investing in the law.

Duke Street partner Iain Kennedy also confirmed that Parabis – which has around £50m to spend on acquisitions once the Solicitors Regulation Authority (SRA) grants its alternative business structures licence – is having “live conversations” with around half a dozen potential targets to augment its existing business.

“I would be mightily disappointed if we didn’t announce two or three this year,” he said, with similar numbers possible in following years.

Some of these will be law firms, but “post-ABS whether or not it is a law firm is much less important than whether they add to the suite of services”, Mr Kennedy said.

Volume businesses that are focused on process, run as businesses and have a small group of owners are attracting strong interest from PE, he explained. More traditional practices where the main emphasis is on individuals are less appealing, as are those where a large number of partners need persuading to agree the deal.

However, Mr Kennedy predicted that those traditional firms may in time attract more passive investors who are looking for a secure return rather than to take on and help grow the practice like Duke Street is with Parabis. He also expected well-capitalised business services companies to enter the legal market in the medium term.

Duke Street holds its investments for three to five years on average, which he considered long term given that “I’ve never seen a strategic plan worth its salt that goes beyond three years”. Mr Kennedy added that in the current market PE houses are increasingly “backing their winners” by holding on to them for longer.

One potential exit for PE is to float the company, and he said “Parabis would be a very attractive IPO, especially if we do what we plan to do”.

Mr Kennedy revealed that Duke Street first approached the SRA in 2007 about investing in Parabis. Though the proposed structure was technically legal, the SRA said it did not want PE

putting money into law firms at that time, he recalled.

Meanwhile, Christopher Lewey, Irwin Mitchell’s head of strategic projects, said there is “huge interest” among private equity (PE) firms in taking a stake in legal businesses, with most at least considering an investment in the sector.

Speaking at the 360 Legal Group’s mergers and acquisitions summit in London – on the day the Duke Street deal was announced – Mr Lewey said: “It’s been building for a little while… There is a very wide range of [PE] firms that are interested in investing… simply on the basis that it looks like a sector that is going to deregulate and consolidate and that provides opportunities.

“I think most PE firms will fall into that category now… whether they will invest will depend on the detailed strategy of the firm in question and an analysis of the numbers underlying it.”

Before joining Irwin Mitchell last May, Mr Lewey was responsible for acquisitions and new venture investments at Betfair Group and before that was a corporate finance director at Close Brothers investment bank.

He predicted there would be a variety of drivers for investment. “Some will have more strategic buy-build approaches, others will have a more purely financial approach.”

Sales of law firms had become “more of an option” since the licensing of alternative business structures (ABSs) became possible last month, he said. The population of buyers “has increased exponentially from where it was on 3 January” and now included more UK law firms along with non-legal buyers, including marketing and PE firms.

Mr Lewey advised firms involved in a possible sale to avoid granting exclusivity until the last possible moment in order to retain “competitive tension” and reduce exposure to a “unilateral price reduction”.

He continued: “In practice you will have to give exclusivity at some point, but you ought to leave it at least until you have negotiated and agreed the difficult issues in a transaction… and you have trust with the buyer”.

Addressing law firm valuations, he said the recent purchases of by Slater & Gordon and by Quindell Portfolio plc, which involved up-front payments of about 50% of value in cash, could be “a predictor for the future”.

Although it was early days for post-ABS transactions, Mr Lewey said a picture was emerging that involved valuation on an earnings before interest, tax depreciation and amortisation (EBITDA) multiple of somewhere between 5x and 7x “for good quality businesses” and perhaps 4x or below for lesser businesses.