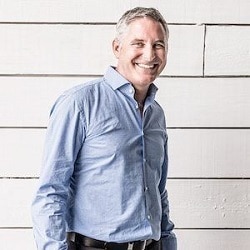 Private equity firm BGF – which describes itself as the most active growth investor in the world – now has stakes in four law firms after adding two linked property practices to its portfolio.

It has made a “multi-million pound” investment in Equilaw – which says it is the UK’s only law firm dedicated to equity release work – and residential conveyancers Thomas Legal. They are sister businesses with common owners.

They join multi-office high street law firm McMillan Williams – which has received £7.7m in investment from BGF since February 2015 – and ‘dispersed’ practice Setfords, which received £3.75m at the end of 2016.

It has to date invested £1.6bn in 239 companies, and makes initial investments of £1m-10m in return for a minority stake no greater than 40%, the ability to sit on the board as a director and invite a non-executive chairman or director to join them.

Tim Bittleston will join the board as non-executive chairman. He is currently chairman of technology company Celaton and retail intelligence business Springboard Research, and BGF said he “brings extensive technology experience at CEO and non-executive levels”.

Gloucester-based Equilaw – which has more than 70 staff, headed by Claire Barker – works with homeowners and financial advisers to advise on the process of releasing home equity for a range of purposes including retirement planning, house improvements and care provision.

It has completed tens of thousands of cases since its inception, using a highly automated technology platform.

Thomas Legal has around 35 staff in Gloucester and Kensington in London. It focuses on high-end conveyancing services in the south-west and the capital, and is technology-centric too.

Ms Barker set the two businesses up with Simon David, who is managing director of Thomas Legal; both were formerly partners at what was then called Rickerbys Solicitors.

Mr David said: “We’re delighted to have BGF on board as an investor. Its funding and support will help us to scale the business whilst providing high-quality legal advice and market-leading turnaround times to our ever-increasing customer base.”

Ned Dorbin, an investor at BGF and a non-lawyer manager of Equilaw, said: “The equity release market has grown rapidly in recent years and Equilaw has established itself as the leading provider across the UK.

“Thomas Legal has also built an excellent reputation over the last 12 years due to its deep conveyancing expertise, quick turnaround times and high standards of service for customers.

“Led by experienced management teams and supported by market-leading technology, the businesses are well-placed to capitalise on a growing industry and we’re excited to be working with the teams in this next stage of growth.”