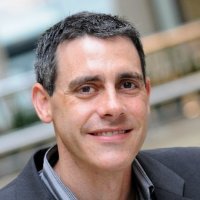 Grossman: Deal is about growth

Leading private equity firm Palamon Capital Partners has acquired My Home Move (MHM) to create by far the largest conveyancing business in the country in combination with its existing investment, the Simplify Group.

MHM owns Premier Property Lawyers, which was the first ever alternative business structure, and between them MHM and Simplify processed or panelled 130,000 conveyancing transactions in 2018.

MHM has been owned by another private equity company, Smedvig Capital, since 2005, and Smedvig will continue as a minority shareholder.

The new group, to be known as Simplify, is valued at £175m. It will consist of four regulated property law firms: DC Law and JS Law – owned by Simplify Group – and MHM’s Premier Property Lawyers and Advantage Property Lawyers.

Simplify Group also owns panel and property management business Move with Us, doing similar work to MHM, along with the QualitySolicitors brand and marketing network.

Last year, Simplify Group sold its probate business to the Co-op to focus more on conveyancing.

With effect from 15 March, the new group will be headquartered at MHM’s Leicester campus, where over 450 people are located. In total, Simplify will have more than 1,500 employees based at eight sites – two-thirds of these staff come from MHM.

Mr Grossman told Legal Futures that the deal was about growth, rather than efficiencies, and that Palamon was investing “millions” more in the enlarged business to combine and then grow them further.

He stressed the importance of providing a quality service, countering the reputation of some volume conveyancers, and pointed to the high Trustpilot scores of both businesses.

“Together we can simplify conveyancing for hundreds of thousands of people each year,” he said.

MHM is particularly well known for its use of technology and its conveyancing portal eWay, giving both customers and introducers transparency over the progress of transactions, and Mr Grossman said this would be rolled out across the new group.

He said that while Simplify Group has particularly strong relationships with traditional estate agents, MHM offered similar ties with online agents, such as Purplebricks.

Mr Crawford said: “During the past six years, My Home Move has built on strong foundations to develop a market-leading, multi-award-winning organisation that has continued to break industry records and revolutionise the customer experience of conveyancing.

“It gives me great pride to know that My Home Move is moving to the next stage of its evolution as part of Simplify.”

Jean Bonnavion, a partner of Palamon, added: “We are delighted to have completed this transformational deal. The combination of the two leading players creates a synergistic platform with strong defensive features and through a transaction that is highly accretive for both Palamon and Smedvig.

“The enlarged group will combine the best of both firms to set a new service benchmark for customers and partners alike.”