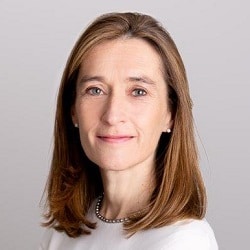 A senior private client lawyer has launched a strategic consultancy to advise wealthy individuals and families from around the world on succession, risk, governance and dispute resolution.

Propitious is the brainchild of Arabella Murphy, a former partner with Allen & Overy before leaving with its private client department to found Maurice Turnor Gardner.

The solicitor said that, as she moved into more senior roles in her career, she realised that families often needed something more than legal or tax advice.

“People were coming to me for questions that had nothing to do with the law, such as ‘what do I actually do now?’ or ‘what does Brexit mean?’

“It’s a purely practical thing, a strategic thing. They are asking you to help make decisions for the future. I am not saying that nobody is giving them this advice but I am saying that nobody independent is doing it. I realised that I had unearthed a niche.”

Ms Murphy gave the example of a woman who had received legal advice on a divorce settlement but wanted advice on whether she had actually achieved her objectives.

Another example was a family with “significant” trusts and businesses, that needed some risk planning because of the pandemic.

Ms Murphy described her work as “pre-legal or post-legal advice” which helped clients get the best out of their lawyers.

She said that when she rang up the Law Society and the Solicitors Regulation Authority, and told them she wanted to keep her practising certificate to certify documents, they asked if she wanted Propitious to be an unregulated law firm. She said no.

“I am interested in the gap where people need practical or strategic advice. I don’t want to compete with the people I work with.”

Ms Murphy said that, following lockdown, she was “busier than she could hope or expect to be at such a peculiar time”.

She added: “If people have a problem and there is no other professional who can fix it for them, that is my job.

“I want to be the cherry on the icing on the cake – to deliver the one piece of advice that makes everything else work.”

She has found mediation works better via Zoom: “All my understanding from different sources is that online mediation plays to the advantage of clients.

“Mediation is happening mainly on Zoom. People are more comfortable when they are not in the company of the people they are quarrelling with.

“It had been always been thought that it was good to be able to look other people in the eye and shake their hands. Now it seems that not being in the same room makes them more likely to settle.”

She described mediation as “a technique, rather than something specific to your qualifications”.

Although her specialist area was contentious probate and other inheritance disputes, she said she would be happy to mediate other disputes, including between separating couples, as long as there were no children.