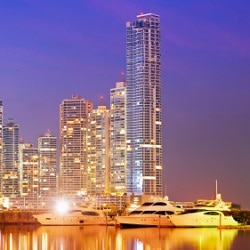 International standards for lawyers advising on offshore commercial structures have been put forward at the same time as parliamentarians called for stronger laws on foreign ownership of UK property.

The first report was produced by a joint task force on the role of lawyers and international commercial structures between the International Bar Association and the Organisation for Economic Co-operation and Development (OECD).

“The events giving rise to what has been termed the Panama Papers and the Paradise Papers have shone a spotlight specifically on offshore commercial structures and the role of lawyers in the establishment and conduct of those structures that may facilitate potentially illegal conduct,” it explained.

“As a consequence, there has been much attention in the media on the alleged conduct and/ or responsibility of lawyers and the law firms involved in those structures.

“In this way, we are reminded that the law is not static, but rather dynamic and evolving such that what is considered unethical by society and a reputation risk today may be unlawful tomorrow.”

The task force has published a statement of eight principles which it recommended that national legal regulators adopt and whose disregard should lead to disciplinary action. They are:

Meanwhile, the joint committee on the draft Registration of Overseas Entities Bill has today published its pre-legislative scrutiny report.

This welcomes the Bill, but calls for its concerns to be addressed to ensure that the legislation successfully deters money laundering in the UK property market.

It said that, between 2004 and 2015, £180m of UK property was subject to criminal investigation as suspected proceeds of corruption, “and this may be just the tip of the iceberg”.

In 2017, 160 properties worth over £4bn were identified as being purchased by high corruption-risk individuals, and 86,000 properties in England Wales have been identified as owned by companies incorporated in secrecy jurisdictions.

“The committee’s witnesses suggested that a lack of information about anonymous owners, often stands in the way of criminal investigations,” the report noted.

“It has been more than three years since the government pledged to introduce a transparent register of the foreign entities that own UK property, and of the individuals who actually control them.

“Time is of the essence and regardless of the effect of Brexit on the parliamentary timetable, this legislation is needed now.”

Among its key concerns were that the bill did not cover trusts. “Since trusts are not technically ‘entities’, there are concerns that they will be used to circumvent this law.

“The government’s plan to ensure that trusts are transparent – the Fifth EU Anti-Money Laundering Directive – must therefore be introduced at the same time as this draft bill.”

Former justice minister Lord Faulks QC, who chaired the joint committee, said: “We welcome this much-needed legislation as one of the vital tools required to create a hostile environment for money launderers who want to use the UK property market to hide unlawful funds.

“The legislation is well drafted, but there are still some loopholes in the draft bill which, if unaddressed, could jeopardise the effectiveness of this important piece of legislation.

“In the current political climate, anti-money laundering may not seem an immediate priority. But the evidence we took shows there’s a huge problem, and it’s not going away.

“Time is of the essence: the government must get on with improving this bill and making it law.”