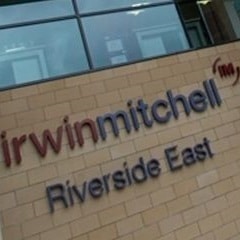 Consumers still find it difficult to differentiate one law firm from another, but publishing prices helps and awareness of legal brands is slowly rising, new research has found.

There is also interest from the public in the new breed of freelance solicitor created by the Solicitors Regulation Authority.

The UK Legal Services Consumer Research Report 2020 by IRN Research – which polled 1,060 consumers – showed how a large majority think one law firm looks much like another, which “is weakening their ability to make an informed choice about which legal advisor to use”.

However, more than eight out of 10 agreed that publishing clear price information on a law firm website would help in making their choice – at the same time, consumers who looked for legal advice still barely used price comparison or review websites, despite the regulatory focus on increasing take-up.

Seven of the 12 brands polled both last year and this increased both their awareness and use levels, IRN said, although just three have awareness levels above 50% – claims management companies InjuryLawyers4U, National Accident Helpline and First4Lawyers.

The fourth largest brand, in terms of awareness, and the highest law firm brand, was Irwin Mitchell, with Accident Advice Helpline – a trading name of Slater & Gordon – and Slaters itself close behind.

But use of these brands was still relatively low – typically no more than 3% of adults. The most heavily used brand in 2020 was Irwin Mitchell at 5%, increasing from 3% last year.

On the other end of the brand scale, the research found a majority of consumers would consider using freelance solicitor if they offered the same service at a lower price than a law firm.

Consumers who had used a lawyers were generally ‘very satisfied’ or ‘satisfied’ with most of the services and service delivery – and three-quarters said they would use the same firm again if they needed help – but value for money and the ease of reaching, and talking to, a legal representative were areas for improvement.

Though a lot of consumers would want to use a local solicitor, more said they were willing to use a law firm anywhere in the country if it offered as good a service.

IRN identified a large degree of ignorance about regulation. Only 24% of users of legal services knew their adviser was regulated – although this was a slight increase from 22% in 2019 – while just 15% were aware they could go to the Legal Ombudsman with a complaint, up from 12%.