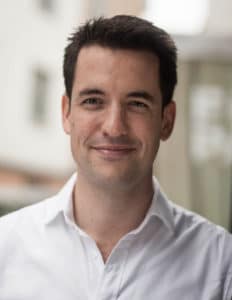 A lawyer-matching platform has answered the growing clamour for charging transparency with a price index based on its database of 15,000 quotes, broken down into detailed categories of commercial work.

The move could spell the end of law firms providing high estimates for work, and give clients an idea of average fees at market rates.

The large size of the data set from which the index is drawn will help counter objections that complex legal matters are impossible to price before the event.

Publishing the price index, Lexoo, which services a panel of more than 220 lawyers, said that making public ranges of prices commonly paid for commercial law services would give small businesses a “steer” as to what they should be paying.

An equivalent US-based service, Priori Legal, has supplied US legal prices to the index.

The UK index covers 15 prices relating to company start-ups. It said a shareholders agreement should cost between £650-£1,500 and a confidentiality agreement £150-£400.

The development comes amid a growing furore over lawyer pricing. At the beginning of this month the Competition and Markets Authority’s interim report into the legal market singled out lack of transparency over price as the reason why competition in legal services for individual and small business consumers was not working as well as it might.

The Lexoo platform is ideally placed to produce such an index, its chief executive, Dutch lawyer Daniel van Binsbergen, told Legal Futures: “I think there are very few companies in the market that have access to the data… it is not possible for consumers to create their own price indexes because the large majority of the lawyers do not publish their prices.”

Compiling the index was difficult when it came to dividing up types of work into different groups, he said. Any job submitted to Lexoo that was “quite bespoke [and] didn’t fit into one of the  categories” was ignored. Also, among the quotes, “outliers – the lowest 15% and the highest 15% – were excluded”.

He said the index would “give a bit of a steer up front, and while every matter could be slightly different it shouldn’t be outrageously different”. He added: “What we see quite often is that for the same, say, shareholders agreement with the same variables, when we obtain four quotes [from] lawyers of equal standing… [they will] quote very different amounts for the same work.”

The price index will become more accurate as Lexoo accumulates data, said Mr van Binsbergen, who spent more than five years as a lawyer in the City of London and launched Lexoo in July 2014.

He had the idea after being asked repeatedly to provide friends running small businesses with an idea of fees lawyers would charge. He said: “A lot of the lawyers they would approach would be vague and say ‘I can’t possibly tell you now, it’s very complex. I’ll just have to start the work and I will update you on what the level of fee is’.”

He went on: “The index will force lawyers who are not working efficiently to look at their model again. If you are in quite an expensive building, with perhaps too many support staff, and you have just charged those costs through to the customer, that might be more difficult in the future. But this happens in every market; competition drives efficiencies.”

Last November, Lexoo secured a cash boost of £850,000, from investors led by e-commerce specialist Forward Partners, in part to help the company reach larger law firm clients beyond the start-up and tech clients it targeted initially. Lexoo rejects more than 75% of lawyers applying to join its panel. Mr van Binsberg said: “We vet the lawyers quite aggressively and for each job that comes in, we hand pick which four should quote for the job.”