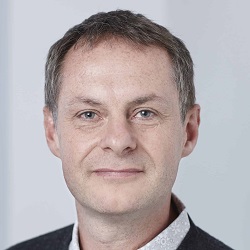 The government’s failure to commence legislation on costs in libel and other publication proceedings is denying members of the public justice, the Press Recognition Panel (PRP) has argued.

Section 40 of the Crime and Courts Act 2013 would incentivise publishers to join or form an approved regulator, it said in its annual recognition report, published last week.

Following the recommendations of the Leveson inquiry, the PRP was established in 2014 by Royal Charter to independently oversee press regulation in the UK.

It has in turn only approved IMPRESS as a regulator but to date – although it covers 109 publishers and 193 titles – no major publication has chosen to be join it.

Ninety-three publishers with over 2,600 titles have instead joined the Independent Press Standards Organisation (IPSO), with “several thousand” other news publishers involved in neither.

The PRP argues that IPSO is not a regulator, and it “manifestly does not meet the Royal Charter criteria”.

The report said: “It is not independent of the industry. It does not provide the public with the necessary levels of protection intended following the Leveson inquiry, even for those publishers signed up to it.

“IPSO does not plan to apply to the Press Recognition Panel to be assessed against the Royal Charter criteria.”

As a result, the PRP said, complaining about the press and news publishers was not straightforward “even where that is an option in relation to any particular publisher or publication”.

It explained: “If someone wishes to complain about a story that has been covered in several publications, they are likely to face several different processes even if there is a route for complaining at all…

“All professions in the UK are regulated in the public interest. Why should journalism be different?”

Under section 40, other than in exceptional circumstances, a person who sued a publisher member of an approved regulator rather than raising the point through the regulator’s low-cost arbitration system would pay their own costs and those of the publisher, win or lose.

The PRP said: “That provides powerful support for free speech by publishers. Publishers who choose not to join an approved regulator would (other than in exceptional circumstances) pay both sides’ costs in legal cases whether they win or lose.

“Section 40 would give every citizen access to affordable justice if the press or a news publisher wronged them.”

Not only has the government not commenced section 40, in March 2018 it said it intended to repeal the legislation. As a result of this “political interference”, the PRP said, the recognition system was failing.

It continued: “The failure to commence section 40 means there are few incentives to encourage publishers to sign up to the recognition system and no low-cost way for the public to raise legal complaints against most news publishers.”

It also expressed concern that the provisions in the Online Safety Bill to regulate online content would confuse the regime for publishers further by putting “some, but not all, news publishing under Ofcom’s oversight in a way that is entirely inconsistent with what Parliament had done before through the Crime and Court Act”.

PRP chair David Wolfe QC said: “It has been a decade since victims of press abuse shared their experiences at the Leveson inquiry.

In response, Parliament promised to protect the public and safeguard freedom of speech. However, section 40 has still not been commenced, and there continue to be concerns about press standards.

“The Online Safety Bill offers Parliament an opportunity to protect the public in the intended way.

“There is a chance to ensure all news publishers, including social media platforms, are treated the same, subject to independent and effective regulation, and offer low-cost access to redress when the public is harmed. We hope Parliament does not squander this opportunity.”