Presence of shielding QC at in-person hearing “not essential” 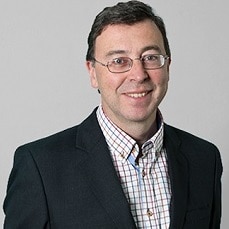 The physical presence in a sensitive family case of leading counsel shielding from Covid-19 was desirable but “not essential”, a High Court judge has ruled in ordering an in-person hearing.

Mr Justice Williams said Elizabeth Isaacs QC could appear at the hearing remotely, even though he was told that her client, the mother in the case, could not contemplate attending court without her.

The barrister is in a category required to shield until 30 June under the government’s coronavirus advice.

A Local Authority v The Mother & Ors [2020] EWHC 1233 (Fam) is the latest in a series of cases where family court judges have wrestled with whether to hold remote hearings.

A three-year-old girl died in hospital last year having somehow accidentally taken cocaine, leading to a police investigation and care proceedings begun in respect of her four siblings, all of whom are currently in foster care.

In July 2019, the case was listed for fact finding commencing on 21 April. Mr Justice Williams has heard seven expert witnesses remotely but had to decide how to hear the oral evidence of the mother, father and grandmothers.

Williams J said the “limited” advantage in the judge looking a witness in the eye to assess their demeanour and thus credibility was “often overrated”.

Rather, credibility was reliant principally upon the evaluation of the content of their evidence “against a backdrop where consistency can be judged against earlier accounts, against contemporaneous evidence and against the evidence of others”.

Indeed, for many people, giving evidence in a formal court setting “can undermine their ability to give their best evidence”.

But in this case there was little contemporary or corroborative evidence, placing “a considerable focus on and premium on the oral evidence of the parties”.

The judge said: “Whilst it can be tested remotely, where it is of such importance and where there is the lack of other evidence against which to measure it. the giving of evidence in a court setting in the presence of the judge in my view has an advantage both to the party and to the court.

“Thus, on the particular factors which are present in this case I consider that giving evidence in person has a material advantage over remote evidence giving.”

The hearing could not continue immediately, however, as the mother was self-isolating, having been exposed to someone diagnosed with Covid 19.

But the witnesses could attend a slot in late June. “A safe court environment will then be even more sophisticated or developed for the parties, the lawyers and the court staff.”

However, Ms Isaacs would be unable to attend in person, which the judge accepted would have “some impact on how the mother’s case is presented”.

“It is likely to impact on how the mother feels at court, it will mean that interactions between the mother and Ms Isaacs will not be immediate but will be filtered via [junior counsel Mark] Rawcliffe and a remote application, and it will mean that Ms Isaacs’ physical presence in court to cross examine the father and the paternal grandmother will be replaced by a remote presence: albeit on screen this may be as prominent, if not more so than being physically present.”

But this did not mean a fair trial could not be delivered, the judge continued.

He added: “Balanced against the mother’s article 6 rights are the article 6 rights of the other parties to a fair trial within a reasonable time… There is no perfect solution to this clash of rights…

“A delay until September will, if Ms Isaacs is then able to attend in person, ensure the fullest compliance with the mother’s article 6 rights; the minimum standards will be well exceeded. However, such a delay will infringe upon the children’s rights to a fair hearing within a reasonable time. I accept that a delay of three months is a significant one and will cause harm to the children.”

He concluded that the “personal presence of leading counsel” was desirable but “not essential” to holding a fair hearing.

“Inevitably in some cases leading counsel is prevented from playing the expected role – part of junior counsel’s role is to take on that role.

“In fact, in this case Ms Isaacs can continue to play a role and in my view (and experience in this case so far) an effective role by remote participation.

“Some adjustments may be necessary to allow the most effective communication within the mother’s team but this on my experience to date is manageable.”

He told the parties to “do all they can within their control to put themselves in the position to progress this case”, by not catching Covid-19.