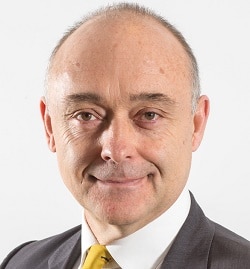 The rise in judge-led reform means that barristers may to start speaking out against those they appear before, the chairman of the Bar Council has said.

Andrew Langdon QC said the Bar and the Bar Council had to be “prepared, where necessary robustly, to criticise a proposal notwithstanding that it emanates not from a politician but a senior and, invariably, a respected judge”.

While it has historically been rare for the Bar to be pitched against the senior judiciary, “it may be that this is a necessary, although regrettable, consequence of the modern formal partnership between the Executive and the judiciary of which HMCTS is the embodiment”.

He described the closer working between the senior judiciary and government, “formalised in the joint venture between the two that is Her Majesty’s Courts and Tribunal Service (HMCTS)”, as a “new constitutional settlement” since the latter was created in 2011.

This meant the Bar Council needed to adapt its “traditional way of operating”. Writing for The Barrister, Mr Langdon continued: “Culturally many are uncomfortable with that change. Certainly open criticism, as opposed to respectful and diplomatic submissions, should be the last resort.

“But we need to be alive to the possibility that there is a significant amount of change happening on our watch. We are in the middle of the most radical overhaul of the administration of justice for many years. The reforming judges are not always going to get it right, as they may be the first to acknowledge.

“We must not be shy of making our voice heard by them. And they must not be horrified if we openly disagree… If judges are more inclined to move to the front line of the political field, they ought not to regard the professions as unwelcome participants in the fray.”

In the past five years, there have been judge-led reviews of family justice, the Chancery Division, criminal proceedings, civil court structure and fixed recoverable costs.

While this was in some ways good – “most of us, most of the time, trust judges to get it right” and judges were more able to deliver a long-term strategy than a transitory government – Mr Langdon said there were also downsides.

The judiciary would know that “the Executive is unlikely to sanction, without a great deal of persuasion, a reform which costs more money than is budgeted”.

He explained: “In a time of austerity this necessarily means that judge-led reform, however good or wise it may be, is hobbled by what HMCTS has been provided by the Treasury.

“Whilst this limitation has the virtue of being pragmatic in ensuring that reform is affordable, we do not want to start to think of judges as we think of politicians. If judges were to accept that their reforms were frankly second-best because they were limited by financial constraints imposed by the Treasury, the appetite of the Executive for the kudos otherwise arising from implementing the reform, would diminish.”

Mr Langdon continued: “Not that we can detect that the judges have been shy of promoting their initiatives in order to maximise the chances of implementation. The language used by some is surprising. I have made myself unpopular with some senior judges by suggesting that their tone is, at times, ‘evangelical’ in the cause of reform.”

The core concern was that this relationship with government was a threat to the independence of the judiciary as an institution.

“If judges become too closely identified with a programme of modernisation where success is dependent on funding and implementation by the Executive, there is a risk that in the future we will evaluate our judges on their ability to be effective managers rather than fearless independent judges  who are independent of the Executive.”