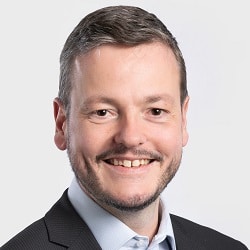 Johnson: SRA will allow firms to recoup the costs

Law firms have been urged to change their retainers now so they can charge clients for holding their money, given the “possibility, if not likelihood” of negative interest rates.

With rates sitting at an all-time low of 0.1%, Ian Johnson, chair of the Institute of Legal Finance & Management, said the prospect of negative rates was now realistic and banks may choose to pass on the cost to their customers.

The question then was whether law firms should in turn pass it on to their clients – and whether the Solicitors Regulation Authority (SRA) would allow them to.

He observed that the size of client account “doesn’t necessarily correlate to the size or financial stability of the firm that is holding that money, and we frequently see that it is the smaller firms that hold the larger amounts of client funds”.

Mr Johnson, who is also a director in the business advisory group of accountants Saffery Champness, said holding client money already had an impact on law firms through their indemnity insurance premiums and having to pay towards the SRA Compensation Fund.

“But this may have a more profound effect when every pound sitting to a client’s credit has a direct and proportional impact on their finances.

“Practices have been required to have clear interest policies in place for a number of years now, but they have up until now been based around paying a fair amount of interest to their clients, not the other way around.

“If rates became negative, we may see firms adopting a more ‘dynamic’ policy whereby the interest benefit or cost swings both ways.”

Mr Johnson predicted that the SRA would let firms recharge the cost: “I don’t think the SRA would put firms in the way of financial harm.”

He argued that this was the right approach – “law firms should not have to shoulder the costs” – but said they faced the problem of how they distribute them among clients.

He suggested firms would either increase their hourly rates marginally or introduce a fixed cost on a sliding scale, but said it had to be cost neutral to meet the requirement to treat clients fairly.

Mr Johnson urged firms to consider their position now. “If negative rates do come in, it’ll be costing them money by the minute. It also won’t be practical to go back and change your Ts&Cs retrospectively.”

He predicted that this situation would only make firms “more resistant” to holding onto client money.

“Firms shouldn’t be holding onto client money just for the convenience of their clients anyway, but they will look even more closely at the commercial arrangement they have with their client.

“It will be interesting to see what, if any, effect this change in appetite will have on the speed of transactions. Where client money becomes a hot potato that nobody wants to hold on to, will this have an unexpectedly positive impact on completion efficiencies and will we see firms taking an increasingly bullish approach in the final stages of a matter?

“Alternatively, firms may look beyond the traditional client account to other means of facilitating a deal, such as the use of third-party managed accounts.”

Mr Johnson said whether or not it was fair for banks to view a law firm’s client account in purely commercial terms was “a point for debate”, but he noted that “nobody took issue when rates were much more positive”.

An SRA spokesman said: “We are monitoring the situation and will look at any potential implications so we can provide guidance to the profession if required.”