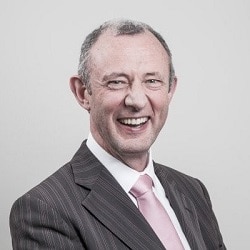 The pre-1992 universities achieve the best results in the centralised exams taken by students on the Bar Professional Training Course (BPTC), it has emerged.

The figures, contained in a report for the Bar Standards Board (BSB), also record a dramatic slump in the proportion of candidates passing the criminal litigation test – one of the three exams along with ethics and civil litigation.

The top individual provider of the exams set by the BSB’s Central Examinations Board (CEB) and taken in spring this year was BPP Manchester, followed by BPP Leeds and ULaw London.

Professor Mike Molan, chair of the CEB, wrote that BPP Manchester achieved the highest pass rate across all three subjects for the second year running among the 14 providers of the BPTC – just under 92%, compared to Northumbria’s 46.7%, which was the lowest.

However, when the pass rates of all branches of providers were combined, on average the pre-1992 universities of Cardiff and The City did best, followed by ULaw, BPP and finally the post-1992 universities – Manchester Metropolitan University, Northumbria, Nottingham Trent and the University of the West of England.

The various branches of BPP showed a particularly wide variation. Using a ranking system where the top performer for each exam earned one point and the worst 14 points, BPP Manchester scored three points both this year and last, while BPP Bristol scored 33 and BPP Birmingham 35.

BPP Bristol, the worst performer in spring 2018 with 40 points, improved its score, while BBP Birmingham’s deteriorated from last year’s 28. BPP London also improved, from 34 points to 24.

ULaw London was the best performer in its group, with 10 points, followed by Birmingham with 21 and ULaw Leeds with 28.

BPP Manchester came top in terms of ethics results, with 98.4%, and Northumbria bottom with 56.5%.